Chancellor Rishi Sunak’s ‘Spring Statement’ has been met with a tepid reception. The Conservatives are faced with a cost of living crisis, despite being the party of ‘fiscal responsibility’; we explore this claim.

The Spring Statement has recently been announced, but its content has attracted widespread criticism. Chancellor Rishi Sunak has been decried for not doing enough, and especially for poorer households, despite this being the party of ‘fiscal responsibility.’

The Conservatives have historically been the party entrusted with handling matters like the economy; their pragmatism and perceived competence in handling the issues that matter to the public the most are what have allowed them to dominate office.

This reputation’s something that’s certainly worth taking a look back on, given it’s one of the allures of the Conservatives.

An important question to answer is what is the party’s economic policy that has served them so well? Conservatives adopt free market conservatism; a free market, limited government and individual liberty. Whilst they have certainly deviated from this at points this has been one of the main pillars of the party.

Britain is often heralded as having a two-party system, whereby elections are contested by two parties – The Conservatives and The Labour Party.

Labour is 122-years-old, yet has been in power for only just over thirty years. The Conservatives have largely dominated national politics through their mastery of elements such as ideology, electoral appeal, statecraft and hegemony.

This allowed them to carefully curate the perception that they were to be trusted most with the economy. Labour by contrast is portrayed as being incompetent and especially so after the 2008 financial crisis, after which they have been unable to win an election.

When Tories make mistakes they’re able to distance themselves from it to avoid taking responsibility, often by pointing the finger at other experts or institutions in a process that is known as ‘depoliticisation’ – enabling them to maintain their governmentality.

Experts often conceded while you may not necessarily like the party, you cannot deny they are good. The Tories have a proven track record of successfully managing and leading the country’s economy, offering them a reputation of being fiscally responsible.

The rise and fall of New Labour

Under Tony Blair, ‘New Labour’ was actually performing well and even won three consecutive elections. Labour presided over a period of economic prosperity and stability which made them appear competent, which is ironic given that many of their policies were actually borrowed from the Conservatives.

One of the key reasons they were successful is because they gained a reputation for fiscal responsibility, while their rivals became overly ideological and were preoccupied with patching the leaks sprung by this. The Conservatives’ grip on the economy was loosened by ‘Black Wednesday’ under John Major as PM in 1992. The sudden crash of the pound sterling forced Britain to leave the ERM (Exchange Rate Mechanism) and this destroyed their reputation literally overnight - Labour took full advantage and took the poll lead.

However, this all came to an end with the 2008 financial crisis.

Despite having garnered critical applause abroad for his management of the crisis, Gordon Brown’s popularity tanked domestically and this was reflected in local and european elections in the subsequent years.

By 2010, the economy had just about crawled out of recession but this was too little too late for Labour. The 2010 election would see the end of Labour’s 13 year tenure in office, and the Tories and Liberal Democrats forming a coalition government.

David Cameron recognised the party was seen as being out of touch, unfit to govern and too right-wing. Cameron’s prescription for this diagnosis was to transform their image and to ‘decontaminate the brand,’ even borrowing some elements from New Labour.

After the 2008 crash, the economy was understandably the most important issue to voters – voters care about their pockets, and the economy is therefore referred to as a so-called ‘valence issue.’ Neither party was especially trusted with the economy, but in particular The Labour Party, who happened to be in power at the time and didn’t have the same successful track record as the Tories.

Regardless of voters’ personal moral compasses, and their stance on long-term socioecological issues, experts often suggest that short-term material issues like the economy will ultimately decide their votes. Voters are said to be ‘rational’ in this sense, and this is something that was manipulated by Cameron. Cameron recognised that support for his rivals tanked at the same time as the economy had done in 2008, so he raised the salience of the issue and established the narrative that they were fiscally irresponsible.

Assuming that this is true, there are several parallels between the economic climate of 1997 and 2022. Back in 1997, Labour were able to convince people that many of the economic fundamentals were weak and it was this that then enabled them to paint themselves as the better alternative and win the election.

Given the current cost of living crisis and the lukewarm reception to the Chancellor’s Spring Statement, Labour are presented with a window of opportunity to restore the reputation that’s been damaged since 2008 and ultimately restore an element of competitiveness to the two-party system. 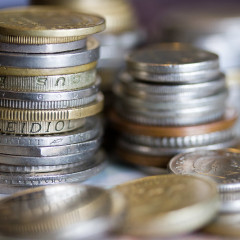 Chancellor Rishi Sunak’s ‘Spring Statement’ has been met with a tepid reception. The Conservatives are faced with a cost of living crisis, despite being the party of ‘fiscal responsibility’; we explore this claim.