When you tell a story that’s been told a million times, you need to take it to places no one has been before, and I don’t think ‘Twenties’ quite got there.

‘Twenties’ tells the story of Hope, an apt name for the young hopeful making a cross-country move from Macclesfield to London, trading in the green fields of Cheshire for the bright, blinding lights of London. Having thought she had made her dreams come true, Hope soon realises that living an adult life comes with adult problems – a feat Hope was not equipped nor ready to face.

Twenties was written by Charlotte Anne-Tilley who also played Hope. Although Twenties doesn’t bring a necessarily new narrative to the table, it reiterates the trials and tribulations that come with adjusting to adulthood; as well as reminding us that London is not all it’s cracked up to be – and that’s coming from a Londoner.

Twenties was filmed during lockdown, maintaining the social distancing regulations we have all come accustomed to. In other words, it was filmed on Zoom, and it’s with this where I award Twenties its first brownie point.

Picking the narrative of a young, 21-year-old girl flying the nest despite her mother’s wishes was a clever tale to tell under these circumstances. Having been filmed on Zoom, it was a great way to capture each character’s different perspectives and emotions. The fact that the characters had no physical interaction didn’t detract from the story, which is an accomplishment itself as it’s not easy to achieve.

All the characters portrayed their roles with a great level of believability. The characters of Mum and Dad played by Jess Parsons & Harry McMullen were a cliché, but it’s a cliché that works. People relate to the overbearing, sentimental Mother and the Dad that doesn’t care what’s going but wonders why you’re talking to him while he’s trying to read the daily paper.

At times it felt like the show was trying to cover a lot in a 30-minute window. That unfortunately meant that some topics – ones that were certainly worth exploring further –  were left feeling a little rushed.

For example, Hope experiences the full force of the crappy London economy: she rents a flatshare in south London because she couldn’t afford Kensington and Chelsea prices, and takes up employment at a restaurant where she has to serve customers whilst dressed as a dinosaur. Here is where she meets Daz, her manager, who continually sexually harasses her and her co-workers. However, not having ever experienced anything like this before, she didn’t realise she was being harassed. That was until a work night out ended in Daz sexually assaulting her co-worker after Hope had left her alone with him because he was brushing her own leg under the table.

A report on sexual harassment titled ‘Still just a bit of banter’ revealed that 63% of women ages 16-24 had experienced sexual harassment at work. Twenties began to unravel this narrative, but it was cut off quite abruptly in my opinion, and given it’s a sad reality that affects a gross percentage of women around Hope’s age, it could have been portrayed with a bit more bite, instead of glossed over.

Another subtheme it felt like Twenties was alluding to was the privilege Hope had, but again, they didn’t go into it as much as I would have liked. BY privilege I mean, when things got tough, Hope wanted to go home but couldn’t because “that’s just not how it works.” Many young people in London especially don’t have any other choice but to stay in a hostile environment, whereas Hope does. Still, she is choosing to sacrifice her mental wellbeing for the sake of “making it in London.” Sure, she would have faced some embarrassment about not being able to make it on London’s mean streets, but it is a privilege itself to choose a life of struggle that others simply have to endure.This may not have been intentional or perhaps essential to the story they were trying to tell, but having this would have given the show some much-needed depth, and added a twist to a narrative we have all heard before. If Twenties had acknowledged this more, that would have taken it to another level.

In all honesty, that’s how I feel about Twenties in general. It had many good qualities and some solid building blocks, but when you tell a story that’s been told a million times over, you need to take it further and go places where others haven’t. Otherwise, it’s just another story about a small-town 21-year-old hopeful being chewed up and spat out by the big city. 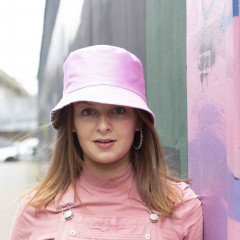 When you tell a story that’s been told a million times, you need to take it to places no one has been before, and I don’t think ‘Twenties’ quite got there.