Enlisting the services of the talented Alvaro Ortega, Ong has decided to have a colourful animated video complete with a British Bulldog, a selection of slithery reptiles and animated versions of his bandmates.

The rhythm section sounds very influenced by orchestral film soundtracks from the great Harry Palmer films including ‘Funeral In Berlin’ and ‘The Ipcress File’ which starred Sir Michael Caine with the talented John Barry involved in the music.

The psychedelic patterns and designs are reminiscent of the Sixties and Ong’s love of Cream shines through on this record both musically and visually as he admits ““I never saw you for a snake that was my only mistake.”

The lead vocal will appeal to fans of Alex Turner’s solo work and The Arctic Monkeys as the rich trumpet (Jonny Ong is a huge Miles Davis fan!) dances with the groovy bass and punchy drums. The combination of secret agent film music and electronic synth-driven pop are uncommon bedfellows but the musicians and production team make it work.

In conclusion, an interesting song performed by talented musicians and a passionate lead vocalist with an entertaining and quirky music video that manages to not distract from the quality of the track but rather enhance it. 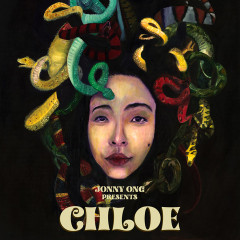