Shropshire’s biggest pantomime, brought to the stage by Evolution, yet again did not fail to impress.

Genies, glitter and giant fingers floating down from the sky, Aladdin! had it all.

Whether you are 5, 15, 30, 60 or 103, after seeing this pantomime it would be impossible for you not to be excited for Christmas. Even if the grinch were to walk in mid-performance, the ambience of dusty, warm hues set off by an incomprehensible amount of glitter would be sure to make him feel some sort of joy. All actors appeared to be buzzing with charisma and life-even occasionally stepping out of character to laugh at a joke made by another cast member-making it clear to see that the friendship and support shown on stage was not just part of the show. The Romeo-and-Juliet-esque relationship between Jasmine and Aladdin held a good message of love for the younger members of the audience, and even Jasmine defying her father to be with the person she wanted to be with subtly pointed out to all the importance of living for yourself. It could be argued that it was vaguely educational, with Shakespeare quotes (such as Lady Macbeth and King Lear) were peppered throughout the play by Aberystwyth…oh sorry, Abanazer.

The visuals on stage were hypnotic, and cleverly thought out. It was pointed out to me by the more perceptive members of the group that there were lights on surrounding the stage that altered their shade in according to the mood of the scene, cleverly enticing the audience to feel in a certain way, much like the use of music in film. The dynamic of set change, dancers and without fail the classic comedic routines (picking out magazine/ record covers to correspond with their speech, putting a person through a washing machine or the infuriating ‘He’s behind you’ sketch) meant that it was impossible to draw your eyes away from the stage. It didn’t stop there… much to the delight of the audience many people and objects (I will try not to give it away) were suspended from the ceiling-‘You wouldn’t get that at the Telford Panto!’

It goes without saying that (to quote B.o.B) ‘The glitz and the glam and the fashion’ of Brad Fitt as Widow Twankey excelled like no other this year. The costumes were unthinkably stunning, ranging from a relevant panda covered get-up, a quite literally breath-taking white bodysuit or a fabulous Cleopatra-inspired dress and wig. These were well received by the audience, with cheers and rapturous applause. I would have to say that judging from audience’s glee the favoured scene was Brad Fitt following orders from Tom Jones’s ‘You can keep your hat on.’ This section is a good example of how this pantomime caters to all generations, with basic humour for younger members, innuendos and references to pop-culture for teens and young adults and references to the past, like shoulder-pad wearing actors and singers that had snatched their hearts in youth. The inclusive-ness of this I think is one of the reasons this pantomime in particular is so successful.

However, do pantomimes allow an excuse for members of society to come and laugh at the man wearing a dress? I think it depends on the mind set you view them with, and although it received laughter, the long list during the beginning of politically correct terms used to welcome people showed just how much society has changed.

I came to Theatre Seven sceptically as if as a teenager I was above pantomime humour. I can truthfully say how wrong I was and I highly recommend this to all. 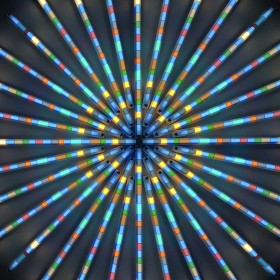 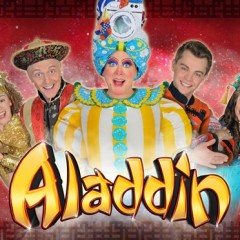 Shropshire’s biggest pantomime, brought to the stage by Evolution, yet again did not fail to impress. 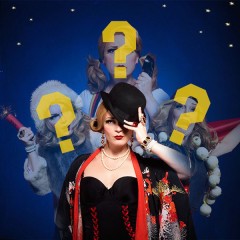