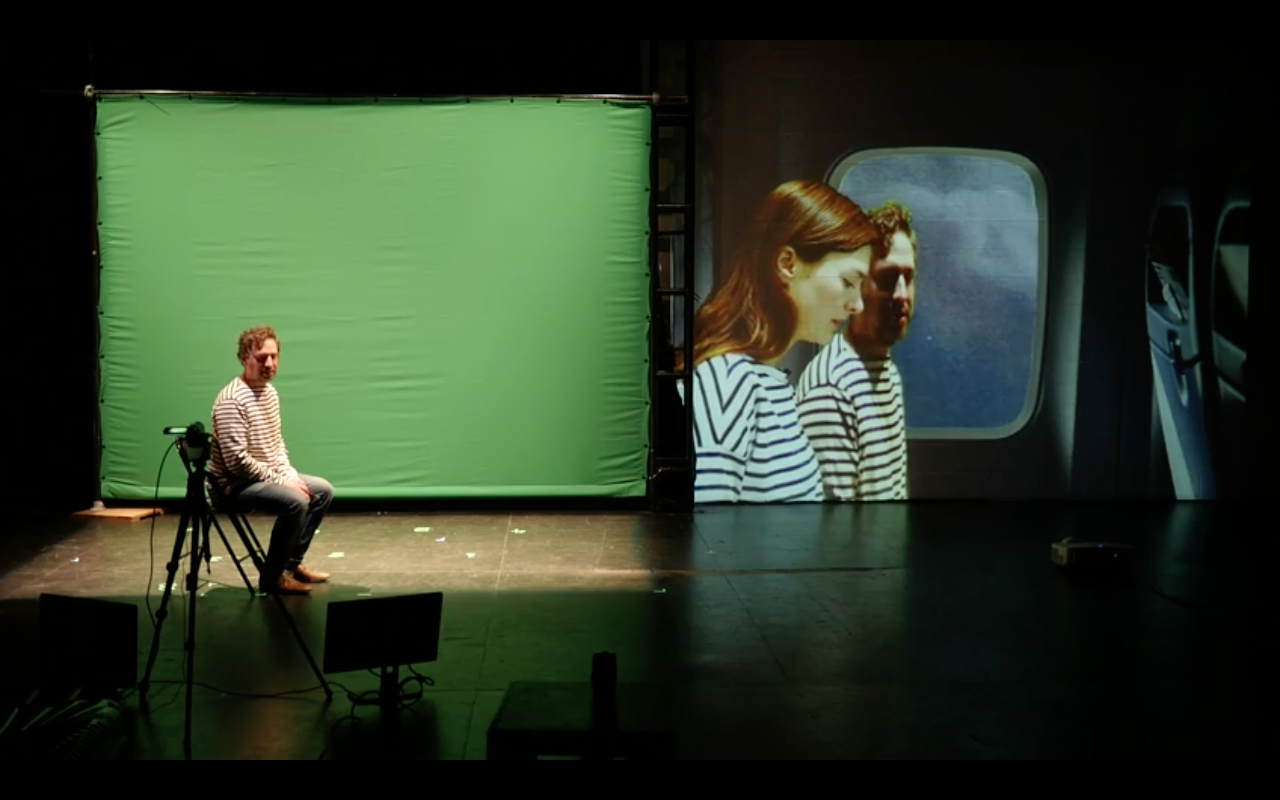 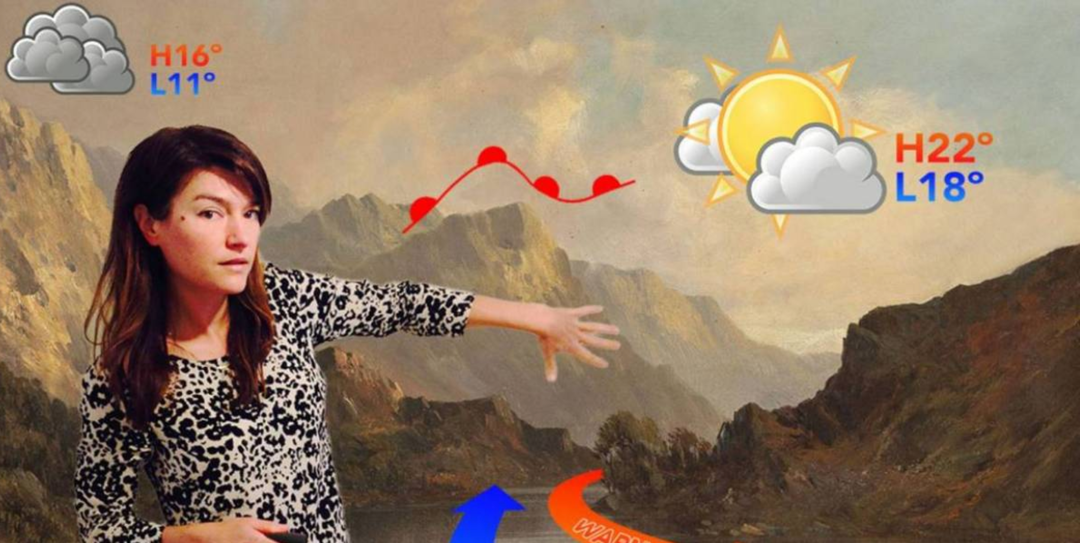 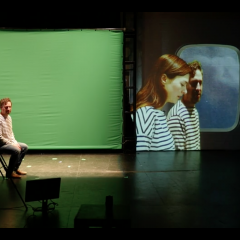 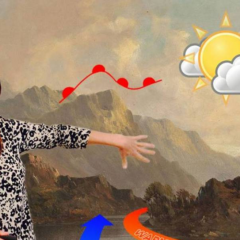 Pathetic Fallacy, appropriately written and directed by an estranged creator called Anita Rochon, uses a computer screen that delivers instructions for performance to a different fringe-based performer every night. Rochon does feature, mainly through audio recordings and green-screened videos. She states that she is trying to reduce her flight footprint and is unable to attend her show for personal reasons. It is easy to put two and two together. And though improvisation makes for a often disjointed and stuttering experience, that unpredictability actually fully sustains what this performance is all about. After all, a vulnerable man stands before a green background holding onto to a need for control that is completely shattered because he must, ultimately, defer to events. As Rochon uses color, screen size, and pace to create a audio-visual whirlpool, man (this time, specifically Kit Redstone) is really put in his place.

The entire thing is, perhaps even wonderfully, non-theatrical. Extravagant performativeness is left backstage as audiences are thrust into a humdrum world of coffee shop small talk and endless weather reports. This whole performance certainly seems determined to be as boring as possible and, yet, never really manages to do so. Somewhere between lecture and quasi-philosophical exchange, Pathetic Fallacy is deliciously informative and sometimes even provoking.

Yet, it is hard to say what exactly is being provoked, indeed, what exactly is being said. Those coffee shops discussions feel a bit like a satirical dig towards millennial culture and, perhaps, a metaphor for this performance itself: aimless chatter as a stand-in for direct action or piercing statement. Urgent issues – from global warming to systemic white supremacy to patriarchy – are all provocatively touched upon but never satisfactorily explored. Pathetic Fallacy comes so close to being almost ground-breaking: it holds all those puzzle pieces but never manages to make definitive connections between these socio-political phenomena. For example, how gendered cyclone naming affects people’s perceptions related to severity which in turn affects their preparedness which in turn affects fatalities and which, ultimately, affects lived cyclone severity is offered and quickly bypassed as a fun fact. Post-civil war paintings are used to reveal how Western-moving American industrialisation wiped out indigenous folk. The obvious fact that it is structurally white, especially non-indigenous, attitudes to our natural world which are largely responsible for ecological decimation awkwardly hangs in the air like a tutu-wearing elephant-in-the-room, as you read the Amazon is burning to satisfy private corporate greed with little regard for all those indigenous communities that call the planet's lungs their home.

So while it is nice to build on our high school definition of pathetic fallacy – which is how we ascribe human emotion and responses to weather patterns, often as a literary device – it feels as if this performance is intent on teaching us all but what is crucial. Because many indigenous communities, through their various and complex understandings, do often humanise Mother Nature and, perhaps, this humanisation is exactly what we need. Of course, this performance might be getting at that but there is little resolve, statement, or indeed solution in might. 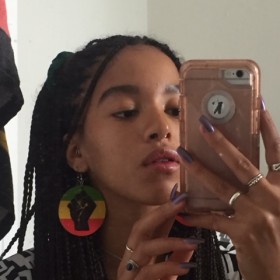