Voice MagReviewsWhose Line Is It Any…

A long running show that is still exciting, inventive, fresh faced and hilarious as ever

You’ve listened to it on the radio, you’ve watched it on your television and now it's here, live at Edinburgh Fringe! Yes, Clive Anderson is presenting the show you know and love, with a rotating team of comics and improvisers each night, so you never know which comedy line-up you will be treated to this evening.

This means that every single night will be a completely different show. Different guest actors, different audiences and different content. There will be completely new outlandish suggestions from the general public challenging the comics to improvise and turn their prompts into on-stage reality.

The show is celebrating its 30th anniversary and yet it has clearly stood the test of time. As funny today as it was when it first originated, it is still fresh and humorous, exciting and innovative. It attracts both older audiences and new fresh faces alike.

The show is celebrating its 30 years of success by selling out McEwan Hall at the Underbelly. It's a whole month of improvisation, comedy, musical madness and the ensuing hilarity!

The show is bringing back many of its original cast members. The show has a rotating roster of performers from Tony Slattery, Stephen Frost, Ruth Bratt and Pippa Evans to Greg Proops, Rachel Parris, Mike McShane, Richard Vranch, Marcus Brigstocke and Phil Jupitus with Kirsty Newton providing the accompanying music. As expected, this show did not disappoint. It was hilarious from start to finish.

There was huge audience participation as they were able to contribute films, actors, favourite things, musicals, objects, careers and more to give the actors something to work with. One daughter and father seemed to particularly grab the spotlight, the daughter on stage for the actors to create a song about her life and interests, and her father volunteering himself later to be involved under the daughters jurisdiction.

Watching the improvisation play out live in front of you somehow made it even more endearing, as neither the comics or the audience had any idea what would happen next. This created a connection and an active involvement that wowed those watching and caused fun, mayhem and brilliance upon the stage.

The comics were so quick thinking and timely that the show was sensationally amusing. It was observational and its usual quiz-show format kept the structure coherent and flowing, not to mention the clever interjections by Anderson. You could tell the actors were having fun and so were the audience. An absolutely must see. 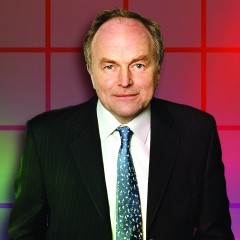 Whose Line Is It Anyway?

A long running show that is still exciting, inventive, fresh faced and hilarious as ever