The opera ‘Don Pasquale’ has captured the hearts of audiences since 1843, but has this latest adaptation strayed too far from the original?

Don Pasquale is a famous filled with drama, betrayal and forgery. Set in a classic Italian background, the story is one well known to lovers of classical opera and theatre. The Welsh National Opera, however, seem to think that this tale needed a rebranding. Thus, ‘Don(er) Pasquale was born’.

Instead of classical Italy, this ingenious reworking takes place outside a greasy kebab in West Cardiff, owned by our protagonist and entrepreneur, Pasquale ( pronounced Pas-kwal-ay). Filled with colour, a riotous mix of characters and a heavy handed dash of modern Welsh humour, modern opera doesn’t get much better than this. The singing was faultless, staying true to the traditional opera style with a wide diversity of operatic styles and skills, and almost perfectly suiting each character.

But the singing and the setting aren’t the only changes, as the ensemble has a much more active role in the production. Although not singing a work, the supporting cast make up the entire of the band, which are onstage for the entire duration of the show. Regularly going up to buy produce from the van, talking with characters or simply finding unique ways to bring on and off set whilst cleverly keeping the show moving along. This opera simply wouldn’t be the same without them, and deserve any praise they get.

But what of the story? Surely such a drastic change has tarnished the nature of this well known and very popular opera? I would argue that by modernising it in such a way that honours what has come before, this (very) small cast and crew have helped to keep the spirit of opera alive and interest a new generation of theatre-goers and opera enthusiasts. All in all, the show, set, cast and crew were a delight and a joy to watch, and I hope this adaptation goes down in history as a pure stroke of genius. 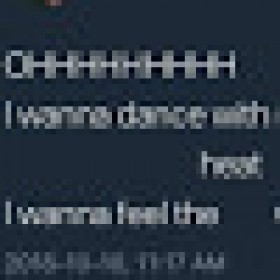 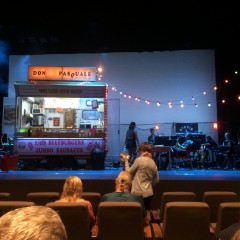 The opera ‘Don Pasquale’ has captured the hearts of audiences since 1843, but has this latest adaptation strayed too far from the original?