Voice MagReviewsA review of my schoo…

This is a detailed review of what I thought about my school production.

This production was one of the first productions that I have ever seen and it is, I think, one of the best that I will ever watch.

To start off all the props and settings were incredibly realistic. The single stage was arranged perfectly and through different scenes very little work was needed to change them so the whole show went very smoothly. So naturally so, it was like watching a movie and us, the audience, were watching it from a TV screen. The lighting was also managed particularly well, showing where the main focus was to be held and even the emotion and feelings of someone in that current moment. The outfits were based from the correct year and in my opinion really brought the whole show to life. A few scenes were plainly set or decorated very little but the acting brought attention away from that.

Additionally, every single person who appeared on stage was serious, didn’t laugh and were in character for the entire duration of the show. It was very amazing seeing how professional all the acting was for people just in years 8 to 11 and some sixth form. They had good use of body language to assert dominance and importance of a person and the accents were performed so perfectly it could have fooled anyone into thinking it were the real thing. The people who were involved in making the music must be commended for their remarkably skilful playing as well.

Finally, the planning and how well thought through it was. Even though it kind of covers everything I have written about I have to comment on how thoroughly it must have been planned and practised. It was so unbelievably enticing that you couldn’t not pay attention but instead look and listen to every single movement made and word spoken.

I believe all these key points gave this show a lasting impression on me and everyone else who watched it. 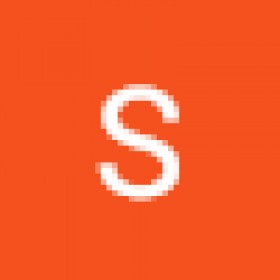 A review of my school's production: Bugsy Malone

This is a detailed review of what I thought about my school production.