This invigorating, intense and brutal play will not leave you disappointed. Yen follows two boys, aged 13 and 16, who are left alone to grow up after being abandoned by their alcoholic mum. It explores themes of poverty, substance abuse and aggression in a complex and unsentimental manner. The stars of the show are certainly the actors who play the two boys and their mum - Danny Parker, in particular, offers a truly talented and captivating performance. It’s a shame that these performances are let down other supporting cast members, particularly for significant scenes, but it was still a powerful performance.

The minimal staging and theatrics finds a perfect balance to the aggression of the performance, with a vicious dog that only exists offstage and nothing but a bare mattress and play station to create a teenage boys room. Smoke was pumped into the room to add to the stinky teenage boys' room, although, at times I found this too much. The set became progressively broken as each of the characters’ lives broke down and descended into chaos. The complex script writing finds a good balance between notes of aggression and vulnerability, pulling us into the question of nature over nurture and what happens everyone has their own demons to fight and are unable to support the each other, especially for young kids growing up in a life of poverty. There is an uneasy thread of violence throughout, whether it’s from the young boys ‘play fighting’ and showing off, or in language and memory from the mums history of experience of violence. I feel like words can’t do this play justice, but it has a special spark thanks to the talent of the actors and masterful scriptwriting.

Invigorating, intense and brutal – this is a play that will take hold and not let you go until the last breath. 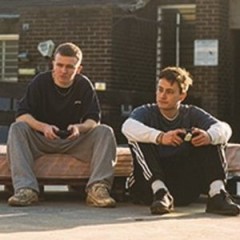