A dark, intense performance will make your heart stop.

The Unbinding takes us through the story of four women who are accused of witchcraft and wait out their fate together. A mixture of horror, stark realism and impressive theatrics, this show is definitely not for the faint hearted – you’ve been warned!

Told in many different formats – using montage, direct narrative and flashing lights – were brought into a very intense atmosphere from the beginning. Includes scenes of graphic torture and an explicit sexual nature, some might say that this play is too much, but it certainly reflects the stark reality of what women accused of witchcraft were put through. There’s a moment of tooth pulling and another extremely graphic scene that I won’t spoil, but they are moments that have certainly staged with me. It’s not a show that pulls the punches.

The talent and bravery of all four actors were completely breath-taking. They each play multiple characters, produce excellent physical annotations and sustain an intensity that is hard to beat. My only criticism is that at times the storytelling is a little confusing. The structure is deliberately not chronological and raises questions throughout which is the audience is to figure out piece by piece. However, there are still pieces of the story that I’m still figuring out. There were some confusing moments when it appeared as though the four women turned on themselves, although on the second inspection were meant to be different characters – these scenes could have done with some props to symbolise different characters, as was done very effectively at other points of the performance. The use of the stage was impressive, with the space descending into complete chaos covered in blood and salt, adding to the dramatic climax. Although very impressive in theatrics, I am left wondering whether the climax was necessary or made sense as actions for those characters. It’s certainly a show that walks the line between theatrics for theatre's sake and accurate storytelling.

I beg you to see The Unbinding if you want an accurate portrayal of how women were treated in the witchcraft frenzy. Creepy, intense and oozing with raw talent.

For more information and to get tickets: 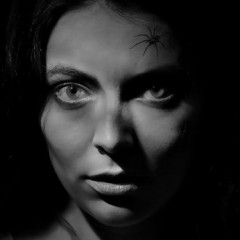 A dark, intense performance will make your heart stop.