Remember that old foe 2016? Taker of the beloved famous, trickster of political mayhem and, well, a pretty darn cruel fellow.

If you're too far settled into 2017, remind yourself of the disaster here.

However, the young ambassadors at Rich Mix London, have gone where no other group have gone before. They've only gone and curated 'Remember to Breathe', an evening of six artists igniting their artsy-smartsy imaginations and making 2016 a starting point for their performance. Six artists in the fields of music, film and comedy (to name but a few) used events like Theresa May becoming our new prime minister to the devastating Orlando shootings... and marked the end of 2016. Thank lord.

For those who are unaware, the Rich Mix Young Ambassadors push themselves to put on various theatre, dance, music and arts exhibitions at their respective theatre; in order to help the youth gain experience and insight into working in the arts.

I found the idea of 'release' and exhaling a brilliant idea to start a project, as reflection will continue to allow us all to grow into better humans this year and also improve upon what went wrong last year. As Rich Mix are very community orientated, it was great to know that everyone in that theatre all cared about the same cause and were clearly unified, meaning that the next year and generation hold many fantastic sights for us all to witness. The intimate setting of a close knit bar adorned with various bean bag chairs and pillows intensified this and the night was skillfully ended by comedian, Mo Saffaf who took many artistic risks throughout. Some did not work out, however his confidence shone through and I appreciated his dedication to a somewhat (offended?) difficult audience. This does not mean he was not funny, he was hilarious, just did not always please this audience!

In terms of the other acts on offer, I appreciated what they had completed but I generally thought that the whole night was fairly underrehearsed. Both presenters and performers seemed uneasy on stage. Of course the fact that the presenters mentioned that this was the first day that all the acts had rehearsed did raise this issue, but I think a few more personal rehearsals with a director would have boasted the confidence of the performers on stage. It would have been great to see them shine as gleefully as their blooming wrinkle-free skin. Acts like Solomon Dent and Em Lawrence had gorgeous vocals, however I could sense that perhaps they weren't as comfortable with the stage as they could have been... which is slightly disappointing and made the show feel more like a school talent show.

Yes, they are inexperienced performers; however, practice makes perfect and an extra nudge of confidence in the run up to the performance never hurt anyone. Maybe Rich Mix have had a chance to reflect on this 2017 trial run and promise a jewel-encrusted joy in 2018? 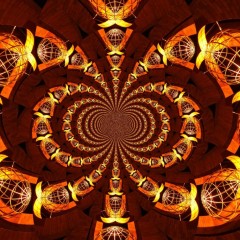 Remember that old foe 2016? Taker of the beloved famous, trickster of political mayhem and, well, a pretty darn cruel fellow. 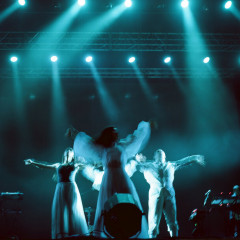