A fun and engaging comedy performance

A fun, creative, witty and original show, Ruby Thomas: Chick tells the story of a misogynistic TV host who presents a documentary of the history of women in his family in order to reclaim public favour.

Thomas' performance is brilliant, effortlessly changing and differentiating the various characters. She is great at evoking the scene, and brings a vibrant energy to the performance. The humour was daft and fun but, without spilling over into being pointless or ridiculous. It perfectly ridiculed different aspects of society and the stereotypes and presuppositions within them, but it also didn't take itself too seriously by pushing forward any kind of agenda.

The show was perfectly pitched at younger audiences, and made great use of female oriented humour, using references relevant to the younger and predominantly female generation, however, it was humour that was accessible to everyone, and it did well to include everyone through audience involvement. The whole show comes to an even more hilarious climax with a twist that you weren't expecting at all, but it was a brilliant way to end the show. Overall this was an enjoyable and imaginative show, and a perfect opportunity to just have a laugh for the sake of it - don't miss Ruby Thomas on the free fringe!

Ruby Thomas is at Just the Tonic in The Caves at 18.40, 16-28 Aug. More details and tickets can be found on the Fringe website. 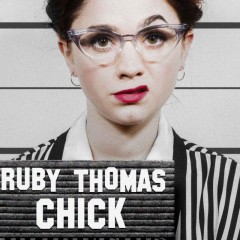 A fun and engaging comedy performance