My first show of the fringe this year did not disappoint.

Being a huge fan of spoken word, a performance entitled 'Wordsmith' really interested me, not only on an entertainment level, but, having studied English, an intellectual one too. Despite this, the character of Jennie Benton was a surprise. Adopting the persona of a year-ten school student with a passion for rhyme, comedienne and actress Susan Harrison creates a fun, juvenile atmosphere for all to enjoy. Taking on characteristics completely she engulfs the audience into her narrative, enabling a sense of innocence and a creative flow.

From puns regarding TV show 'Countdown' to the well loved crisps 'Skips', Jennie's childlike innocence is juxtaposed with a mature knowledge of the English language and a 'gangster' vibe! Audience participation formed a large part of the quirky show; both through instruction and improvisation clever word play was produced.

Later throughout the storyline Auburn Joe arrives, Jennie's best friend and wannabe 'hype man'. Together, these two devise a wonderfully synthesised dynamic, metaphorically bouncing off of each other to a comedic effect. Whilst on stage, Harrison and her partner Dylan Kennedy, (Auburn Joe) maintained audience engagement and laughter, in spite of the unfortunate empty seats, with the fifth star being rescinded due to some jokes falling flat.

Bottom line? Jennie Benton Wordsmith was far from what I expected, yet incredibly entertaining nonetheless. 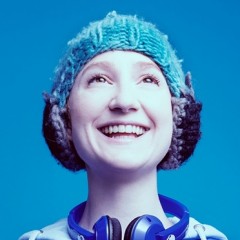 My first show of the fringe this year did not disappoint.