Prima Facie follows Tessa, a human rights barrister living in London, navigating the successes of her early career. Tessa, played by Killing Eve’s Jodie Comer, is a bubbly character, passionately devoted to her work, as she humbly brags about not losing a case for months. It explores sexual assault in a nuanced fashion, purposely to break down the misconceptions of the legal proceedings surrounding those who are brave enough to take it to trial.

The play has got an accolade of successes already, rewarding its writer Suzie Miller with her first West End show, with it making its way to Broadway in 2023. It’s additionally been the highest-grossing cinema release since the beginning of the pandemic in 2020 breaking £2 million at the box office, impressive for a one-woman theatrical performance, with critic reviews reflecting as such.

Those who see the showing in cinema will also be subject to additional features before the play begins that further contextualise the plot. Prima Facie is partnered with the School Consent Project, a campaign dedicated to teaching secondary school students about the importance of consent and the issue of sexual assault.

Rebecca Lucy Taylor of Self Esteem was the play’s musical composer and gave an exclusive performance of her song ‘I’m Fine’, whose lyrics center on revoking consent. The bridge plays pre-recorded speeches from survivors of sexual assault, as their words are projected onto the set as if a Jenny Holzer piece.

Finally, there is a short interview conducted by Emily Maitlis and senior members of the play’s production team and a senior member of the Metropolitan Police. They explore the purpose of the play, with Miller revealing that she wanted to change perceptions around sexual assault, wanting the women's experience to be understood better, highlighting the mental effects of the process, especially towards men.

The momentary seconds of silence during the play could be counted on your fingers, shedding light on the desperation of Tessa’s overall plight when it’s most needed. The atmosphere in the packed cinema screening was so overwhelmingly full of despair, that the odd audience member could be seen dabbing their eyes in response to the heart-breaking plot.

Although it can't be denied that watching a recording of a play removes a certain level of atmospheric value from its live performance, it was made up for in other areas, like its visual saturation. The camera angles allowed for Tessa to appear small in her times of crisis, with her deep emerald dress popping against the overwhelming darkness of the background. Her illuminated face gleamed with sweat and tears, strengthening the portrayal and authenticity of her character, which would otherwise be inadmissible to the naked eye.

Perhaps the most overwhelming aspect of Prima Facie is the sad relatability of its subject point. There is a common sisterhood felt between women, as we bond through terrifying statistics of 97% of us being sexually harassed, a third of us sexually assaulted. We all know of someone this has happened to, a sister, a cousin, a friend of a friend. The only difference is that so few of us go to the police, for the fear of not being believed, and an even smaller amount of us get to the trial phase. So, it’s impossible not to long for Tessa’s ultimate success in her trial, despite how unlikely it feels.

Comer’s greatest ability is highlighted in the final scene in her final descent into desperation, the closing few minutes being the greatest stab in the heart. The final part of the soliloquy described the sexual assault as a ‘corrosive wound’ that continues to hurt its victim as time goes on, a beautiful description of the emotional distress that lasts for years following the event.

Yet the play ultimately poses more questions than it answers, leaving the audience feeling helpless in consciousness knowing that we cannot change the systemic failings of law proceedings. It would be nice to walk out of the screening believing that this was all just a far-out fantasy situation – but it isn’t, and all we can really do is change our perceptions of cases.

You can watch Prima Facie in selected cinemas near you. 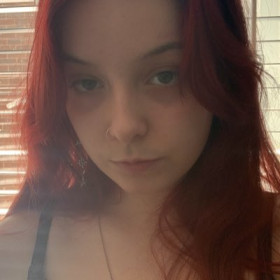 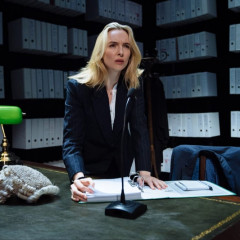 Prima Facie: A horrifying story of a ‘corrosive wound’ familiar to too many