Stacey Jackson is back with a new offering 'Urgent' from her forthcoming EP coming later this year.

Step back in time with Stacey Jackson and her cover of the Worldwide No.1 single, 'Urgent' from British-American rock band Foreigner, released back in 1981. No one is more suited to take on this chart-topper and turn it into a modern-day dance hit than Stacey Jackson.

Stacey Jackson's version of 'Urgent' is bound to reach various generations, dance music lovers, and anyone who's down for a good vibe at the gym, beach party, or home bbq. The songstress represents a full package for an 80s throwback as she's actually lived through this legendary decade.

As an 80s stan, Stacey Jackson continues to deliver dance anthems, including her previous single 'Flipside,' as well as her iconic collaboration with the West-Coast king Snoop Dogg, 'Live It Up.'

'Urgent' pays tribute to Foreigner's 1981 hit, but it also gives off a very youthful love-struck feeling of passion and lust for someone. It encapsulates electrifying energy and catchy lyrics you can sing along to: "You want to live, you want to move to the sound."

You can stream 'Urgent' right now on all streaming platforms. 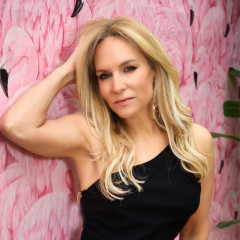 Stacey Jackson brings back the 80s with new single 'Urgent'

Stacey Jackson is back with a new offering 'Urgent' from her forthcoming EP coming later this year.