In case you missed it, Prince Harry and Meghan Markle joined television host Oprah Winfrey for the television tell-all, titled: Oprah with Meghan and Harry: A CBS Primetime Special, which aired on Sunday 7 March in the US and 8 March in the UK. The interview was reportedly watched by 11.3 million viewers, making it the most-watched show in the UK so far this year.

Last year, the couple stepped down from their royal duties and have been fighting legal battles with UK tabloids over unfair press coverage. The interview focused primarily on Meghan's struggles.

Here are the main points:

The Duchess of Sussex confessed to developing suicidal thoughts throughout her time serving as a royal.

'I just didn't want to be alive anymore,' the Duchess told Oprah.

In response to Oprah asking if Meghan had considered 'harming herself or having suicidal thoughts' Meghan responded, 'Yes, this was very, very clear and very scary, I didn't know who to turn to and [admit]: "These are the thoughts I'm having in the middle of the night that are very clear and I'm scared because this is very real, this isn't some abstract idea, this is methodical and this is not who I am'.

Meghan then recalled Cirque du Soleil at the Royal Albert Hall in January 2019, where Harry recommended she stayed at home. However, Meghan 'couldn't be left alone' and nodded with tear-filled eyes when Oprah asked if it was because she was 'afraid of what she might do to herself'.

Meghan referenced a picture taken on the night of Cirque du Soleil.

'A friend said: 'I know that you don't look at pictures, but oh my god, you guys look so great', and sent it to me.

However, underneath the veneer of smiles, Meghan explained, "Zoom in you can see how tightly his knuckles are gripped around mine, you can see the whites of our knuckles because we are smiling and doing our jobs, but we're both just trying to hold on... every time those lights went down in that royal box I was just weeping and he was just gripping my hand.'

'I think it's so important for people to remember that you have no idea what's going on behind closed doors.'

In an attempt to reach out for help, Meghan commented that she spoke to the  'the institution' [the royal family and all of its employees] 'and said that I needed to go somewhere to get help, said I had never felt that way before and need to go somewhere, and I was told that I couldn't, that it wouldn't be good for the institution.'

The Duchess added: 'Nothing was ever done.'

'I just didn't see a solution. I didn't want to be alive anymore.'

'I remember this conversation like it was yesterday because they said, "my heart goes out to you because I see how bad it is, but there's nothing we can do to protect you because you're not a paid employee of the institution"... This was emails and begging for help, saying very specifically "I am concerned for my mental welfare".'

'And people were like "oh yes, yes, it's disproportionately terrible what we see out there to anyone else", but nothing was ever done. So we had to find a solution.'

Archie's lack of protection due to skin colour

Perhaps the segment of the interview which has stirred the most controversy, Meghan mentioned a family member had expressed 'concerns in conversations over how dark his [baby Archie's] skin might be when he was born' and that 'he won't be given [financial] security, won't be given a title.' to Harry.

When Harry joined the interview, he confirmed the conversation by stating, 'That conversation, I am never going to share... At the time it was awkward, I was a bit shocked.'

'He [Archie] needs to be safe,' Meghan told Oprah. 'So we're not saying don't make him a Prince, but if you're saying the title is what is going to affect their protection... our son needs to be safe.’

Meghan expressed concern over ‘the idea of our son not being safe’ and appeared to express disappointment with ‘the idea of the first member of colour of the family not being titled in the same way that other grandchildren would be’.

In an interview with CBS on Monday, Oprah revealed, "He did not share the identity with me, but he wanted to make sure I knew, and if I had an opportunity to share it, that it was not his grandmother [The Queen] or grandfather [The Duke of Edinburgh] that were part of those conversations.”

Leading up to Meghan's wedding in 2018, tabloids circulated with headlines such as "Meghan Markle' left Kate Middleton in tears' over her strict demands for Princess Charlotte's bridesmaid's dress.

'Everyone in the institution knew that wasn't true,' Meghan revealed, and that actually, 'the reverse happened.’

However, the two appear to have made amends, with Meghan commenting, 'I don't say that to be disparaging to anyone, because it was a really hard week of the wedding and she was upset about something but she owned it and she apologised and she brought me flowers and a note apologising, she did what I would do if I knew that I hurt someone.’

Harry explained that his relationship with his family has become strained, most notably with his father, Prince Charles.

'I had two conversations with my father before he stopped taking my calls [...] there's a lot to work through there, I feel really let down because he's been through something similar and he knows what pain feels like and Archie's his grandson. But of course I will always love him.'

Meghan has been accused by various media outlets of being the driving force behind the couple leaving their royal duties, with all of this labelled her 'grand plan', also dubbed 'Megxit'.

Meghan responded: 'Can you imagine how little sense that makes? I left my career, my life; I left everything because I love him.'

'Our plan was to do this [be working members of the royal family] forever,' to which Harry nodded in agreement.

She also suggested if they had received the support they felt necessary they would still be working members of the royal family 'without question'.

'We never left the family, and we only wanted to have the same type of role that exists, there are senior members and non-senior members... we weren't reinventing the wheel here, we said, "Ok this isn't working for everyone, we're in a lot of pain, you can't provide us with the help we need, we can just take a step back",'

Megan claimed that she was 'silenced'.

‘They were willing to lie to protect other members of the family, but they weren't willing to tell the truth to protect me and my husband.’

She revealed her reason for speaking out in this interview as 'I don't know how they could expect that after all of this time we would still just be silent if there is an active role that the firm is playing in perpetuating falsehoods about us.’

There has been much controversy surrounding Meghan and Harry's deals with Netflix and Spotify, to which Prince Harry responded by explaining the money was required to fund security for his family as Prince Harry admitted, 'I never thought I would have my security removed because I was born into this position.'

He said the deals were 'suggested by somebody else by the point of where my family literally cut me off financially, and I had to afford security for us.'

'We're certainly not complaining,' said Prince Harry, 'Our life is great now. We've got a beautiful house, I've got a beautiful family, the dogs are really happy... from my perspective, all I needed was enough money to pay for security to keep my family safe.'

Prince Harry also opened up about buying their house using the inheritance from his mother, Princess Diana, stating, 'I think she would feel very angry with how this has panned out and very sad, but ultimately, all she'd ever want is for us to be happy. [...] 'My family literally cut me off financially. I brought what my mum left me, and without that, we would not have been able to do this, so touching back on what my mother would think of this, I think she saw it coming.’

'I certainly felt her presence throughout this whole process.'

'You know, for me, I'm just really relieved and happy to be sitting here, talking to you with my wife by my side because I can't begin to imagine what it must've been like for [Princess Diana] going through this process by herself all those years ago.'

'My biggest concern was history repeating itself,' said Prince Harry, 'I've seen what happens when someone I love is commoditised to the point that they are no longer treated or seen as a real person. I lost my mother, and now I watch my wife falling victim to the same powerful forces.'

Interestingly, this is the second time in history that a Senior Royal family has revealed the inner workings of the 'institution' on television, the first being Princess Diana's tell-all on BBC Panorama 25 years ago.

The broadcast has been received as very divisive.

Good Morning Britain host, Piers Morgan, accused them of "betraying the Queen" before walking off set and quitting his position of five years.

Prime Minister Boris Johnson is said to have watched the interview but declined to comment further.

Hilary Clinton also commented on the interview, showing her support for Meghan.

Buckingham Palace released a statement on behalf of Her Majesty, Queen Elizabeth,

"The whole family is saddened to learn the full extent of how challenging the last few years have been for Harry and Meghan.

The issues raised, particularly that of race, are concerning. While some recollections may vary, they are taken very seriously and will be addressed by the family privately.

Harry, Meghan and Archie will always be much loved family members.”

You can watch the full interview here. 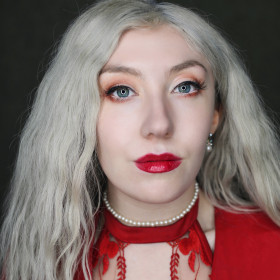 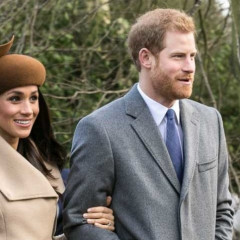