Australian independent filmmaker, Mark Dooley, is excited to announce the worldwide Video on Demand release of Repeat Attenders– a feature-length documentary film that takes us inside the fascinating and unexplored world of musical theatre superfans.

Filmed on Broadway, London’s West End, Bochum Germany and Australia’s Melbourne and Brisbane over a six-year period,Repeat Attendersintroduces us to some of the world’s biggest, most extreme superfans of shows such as Cats, Rent, Les Miserables and Starlight Express.

Repeat Attendersdelves into the psychology of the most extreme Broadway superfans, to reveal the quirks and complexities of their obsessions. The documentary also shines a spotlight on Broadway superfans and this growing global phenomenon of ‘repeat attending’, as it examines just how far the most extreme superfans will go in pursuit of their passion – some with devastating consequences.

To pre-order the documentary, visit this website. Repeat Attenders will be released worldwide on Saturday 16th May 2020 via Vimeo. 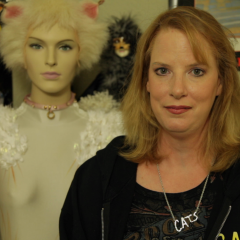