You may not know them by name, but if you’ve played Hideo Kojima’s Death Stranding you’ll know their sound. We speak to Ryan Joseph Karazija, the driving force behind the band.

Low Roar is the name of an American-Icelandic music project spearheaded by singer/songwriter/producer Ryan Karazija. The band has released three albums, all of which contain a collection of some of the best contemplative and ambience-packed indie music you could ask for.

I, like many people towards the end of last year, discovered Low Roar’s work through Hideo Kojima’s latest game offering: Death Stranding, which heavily featured their work after Kojima came across their music in a shop in Reykjavik.

The music in Kojima’s game is fascinating, and intend to publish an article exploring the relationship between this music and Kojima’s characteristically eccentric game at some point. To get some context first, I sought out an interview with the musician behind some of the tracks.

Karazija founded Audrye Sessions in 2002 in Oakland, but when he moved to Reykjavik, Iceland in 2011 he founded the new group Low Roar, publishing the band’s first album of the same name that year.

Could you first introduce yourself to the reader?
Hi, my name is Ryan Joseph Karazija.

What does your job involve? Give us the typical outline of a day?
It’s dependent on what I’m doing, and I don’t really consider it a job. If I’m making a record it looks totally different from when I’m on tour. When I’m not doing either of those, my life is different. And they all are a part of the same thing.

What’s great about your job?
That I don’t consider it a job.

What are the bits you don’t like or find challenging?
There are obvious complications that you have to overcome daily. But you have to take them with a smile. Every job has its downsides. It’s like everything else: you have a bad fan, a bad customer… you know. You have to put a smile on your face and just go on.

What are the highlights of your career to date?
There isn’t really a notable highlight. It’s all been fun.

What was your career path into this job?  Have you also worked outside the arts?
Yeah, I was recycling plastic, and I was a barista before this.

Can you describe your biggest challenge so far in your career? How did you overcome it?
Doing fun interviews like this :)

Have you noticed any changes in the industry? If so, what?
Yeah, of course, everything’s changed.  Earlier was no Instagram, no Facebook, Spotify, - so obvious things and tools have changed and you just have to deal with it…

You’ve been granted the ability to send a message to 16-year-old you. What do you say?
When you’re 24 - don’t walk down back alley on the corner on 6th Street and Jessie in San Francisco because you’re gonna get mugged and almost die. But if you do decide to do it, you’ll live.

Do you have any advice for young people interested in doing your kind of job?
Don’t do it. 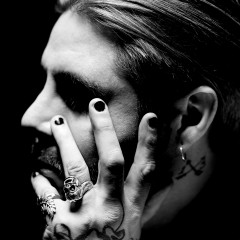 You may not know them by name, but if you’ve played Hideo Kojima’s Death Stranding you’ll know their sound. We speak to Ryan Joseph Karazija, the driving force behind the band.