Hi Luke! Could you first introduce yourself to the reader?

Describe your show The Remains of Logan Dankworth in 3 words.

What is the premise of your show and what inspired this work?

The Remains of Logan Dankworth is a theatre show about trust and privilege in the age of Brexit. At the centre of the story is the relationship between Logan and his wife Megan and the diverging ideas about their future.

I wanted to create a personal story that reflected the attitudes being displayed in a wider political narrative. As the UK begins to tear itself apart, that is reflected in Logan and Megan’s relationship.

Tell us more about the main character, Logan Dankworth, and the personal tensions he faces in the narrative.

Logan Dankworth is a comedian who is trying to relaunch his career as a political commentator. He’s drawn to the cut and thrust of the current culture war that surrounds British politics and wants to be in middle of the fight for our future.

He lands a weekly column just as the EU referendum is announced and throws himself into his work. Logan’s wife Megan wants to leave London to better raise their daughter away from the city, something Logan won’t countenance. Trust begins to break across the nation and in Logan and Megan’s relationship.

What was the creative process like to write about political turmoil, whilst experiencing political events relevant to the show even as you were writing?

I kept away from specific events and focussed on the wide attitudes being displayed. The play itself is set over one year from November 2015 to November 2016, so while we are still experiencing the repercussions of events that took place in that time period, we are fairly clear about the narrative of that time.

You said, “The Remains of Logan Dankworth is certainly the most complex and mature thing I’ve written so far.” Explain more about how this show has impacted you artistically.

It was tough! My previous plays have featured younger protagonists wrestling with the sort of problems people face in their early twenties. These stories had an earnest exuberance about them, which I felt reflected the way I felt at that age. Logan Dankworth has a darker, more damaged, wearier energy about it.

It’s still a funny play with light moments, but the problems faced by the characters are knottier, there are no easy answers and not enough of the cleansing rage of youth to wash the worries away.

Of course! So many. I tend to dive deep into an artist’s work and immerse myself in their oeuvre. Currently I’m reading everything Elizabeth Jane Howard ever wrote, no idea how this will directly affect my work, but it undoubtedly will.

The production process and rehearsing with Alex Thorpe was all brilliant and fairly easy, but I struggled with the writing. I didn’t use formal verse structures as I did with Frankie Vah and What I Learned From Johnny Bevan, which in many ways made the writing easier but I found the looser disciple (the script is all written in iambs, but other than that I didn’t have any rules) meant I wrote too much.

Until I did a major edit at the end of drafting process, it was hard to see what was good about what I had. I felt lost and hugely down about it. But that’s writing. It ain’t supposed to be easy.

There’s a lot less funding than in the 2000s when I started. But I take less and less interest in the wider industry the longer I spend in it. I‘m not interested in going to symposiums and conferences.

I appreciate the work that goes on to join the art world together, but one of the best things of being more established is that I get focussed on making work and less of the admin that goes around being “an artist”.

What advice would you give to young people who wish to pursue a similar career to yourself?

Read/see as much as you can, open your mind to everything, go to as many events as you can, meet people and don’t expect to make much money.

You can hang out at the co-op in Bungay, I tend to go there every couple of days or so. Or you can visit my website www.lukewright.co.uk.

To see Luke Wright in action, visit his website to find the tour dates for The Remains of Logan Dankworth. 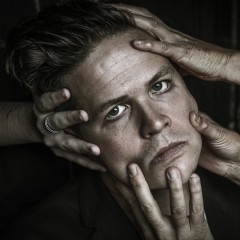 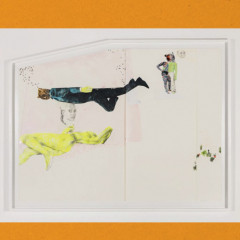