I am an Italian artist from the Dolomite region of northern Italy. I’ve lived and worked in London for many years but despite having settled in an urban environment, I’m firmly connected to my roots and heavily influenced by the natural surroundings of where I grew up.

Describe your work “Earth is Calling” in 3 words.

What is the premise of “Earth is Calling” and what inspired this work?

I’ve always had an interest in nature and the environment. I studied Country Care and Conservation at Capel Manor Horticultural College and worked as a gardener for a number of years. 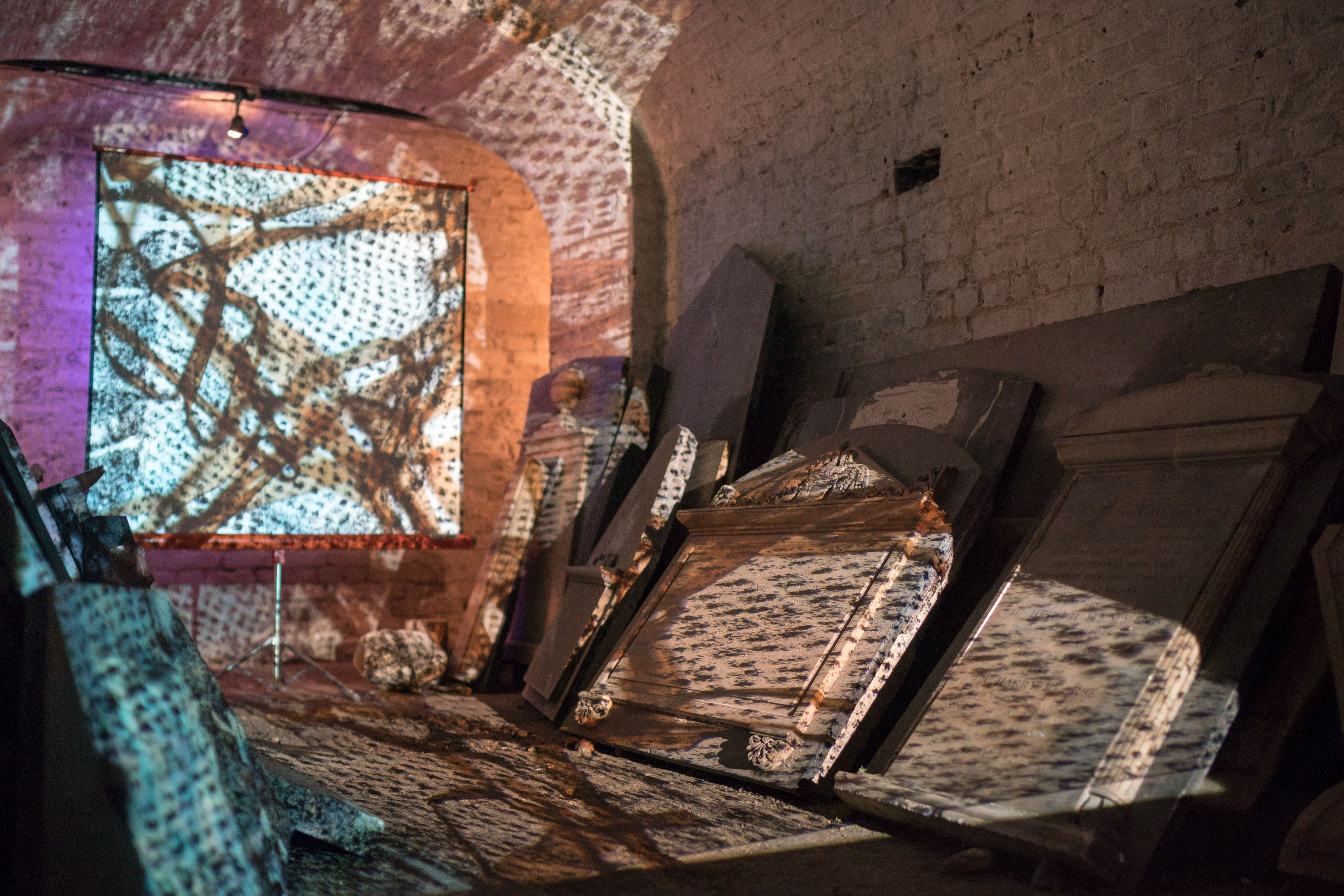 I’ve seen changes over the years in the Dolomites where I grew up – landslides, erosion and the retreating of permanent ice. In 2018, 50,000 hectares of forests (14 million pine trees and red spruces) in Veneto, Trentino and Friuli Venezia were destroyed in one night which affected ecosystems, biodiversity and local climate. I feel this is one example of how we are mismanaging our ecosystems, in this case, omitting to incorporate spaces to counter the force of extreme winds.

In this project, the time-lapse works arose out of the ephemeral site-specific ice installation that I created in the Canal Museum’s Victorian Ice Wells (King’s Cross) in 2013. This led to time-lapse works created under more controlled conditions.

An encounter with Jamie Craggs of Project Coral at the Horniman Museum led me in the direction of Quekett Microscopical Club at the Natural History Museum which I subsequently joined. This is what led me to look at micro fibre plastics. Some of the first images I took were of snowflakes spider webs, both with microfibres at the core.

You have chosen to use a sensory experience to engage audiences with Climate Change. Please explain more about what inspired this, and the artistic processes behind it.

I wanted to elicit an emotional response from my audience, heightened through the use of sound but also through the choice of a unique and atmospheric space. The pulp process I use for the fibre art pieces results in work that looks tactile and textural and I normally use organic materials and pure cotton fibres to create these.

On this occasion, I wanted to compare works made with natural materials with others created using man-made fibre plastics as an exploration of different interpretations of beauty.

An example from this series are works made with fibres (lint) collected at the end of the day from the drying machines at my local laundrette. I’m interested in the shedability of fibres from clothing and how in this case large amounts can pass through filtering systems making their way into natural habitats and subsequently into the food chain.

You’ve used items from various places, including along the Thames foreshore. What impact do you hope this will have?

In an earlier work for the Foragers of the Foreshore exhibition at the Bargehouse (Totally Thames), which will also be shown at the Crypt Gallery, I created a time-lapse and micro time-lapse piece using material gathered from the edge of the river embedded in forms of melting ice.

The piece is intended as a reflection on our impact on the natural surroundings. A piece of fossilised wood which I froze in ice for example, on melting, released fibres from wet wipe tissues that had been embedded in the cracks.

The works don’t presume to lecture and, even though I have engaged with the scientific community in the process, the outcomes aren’t presented as scientific. The aim is more to share an emotional response to a situation and create pause for thought as well as creating a pathway to the science. At the Bargehouse exhibition, I found that people were very keen to learn what was behind the work and to engage in debate about the issues. This is my intention for this exhibition also.

Johnathon Lambert created a soundtrack for the showcase. Explain more about the contrast of visual art and music within the exhibition.

Jonathan was perfect to work with and what he produced is stunning. I was looking for someone who was willing to have a dialogue and who would be willing to make changes as the piece developed. As each finished video was passed over, I gave him my own thoughts on my content and suggested possible starting points. We engaged in a series of conversations as the piece became more and more refined.

The sound, rather than producing something to compliment the visuals, was intended as an additional layer. At times, visuals and sound pull in two different directions to create the desired tension. 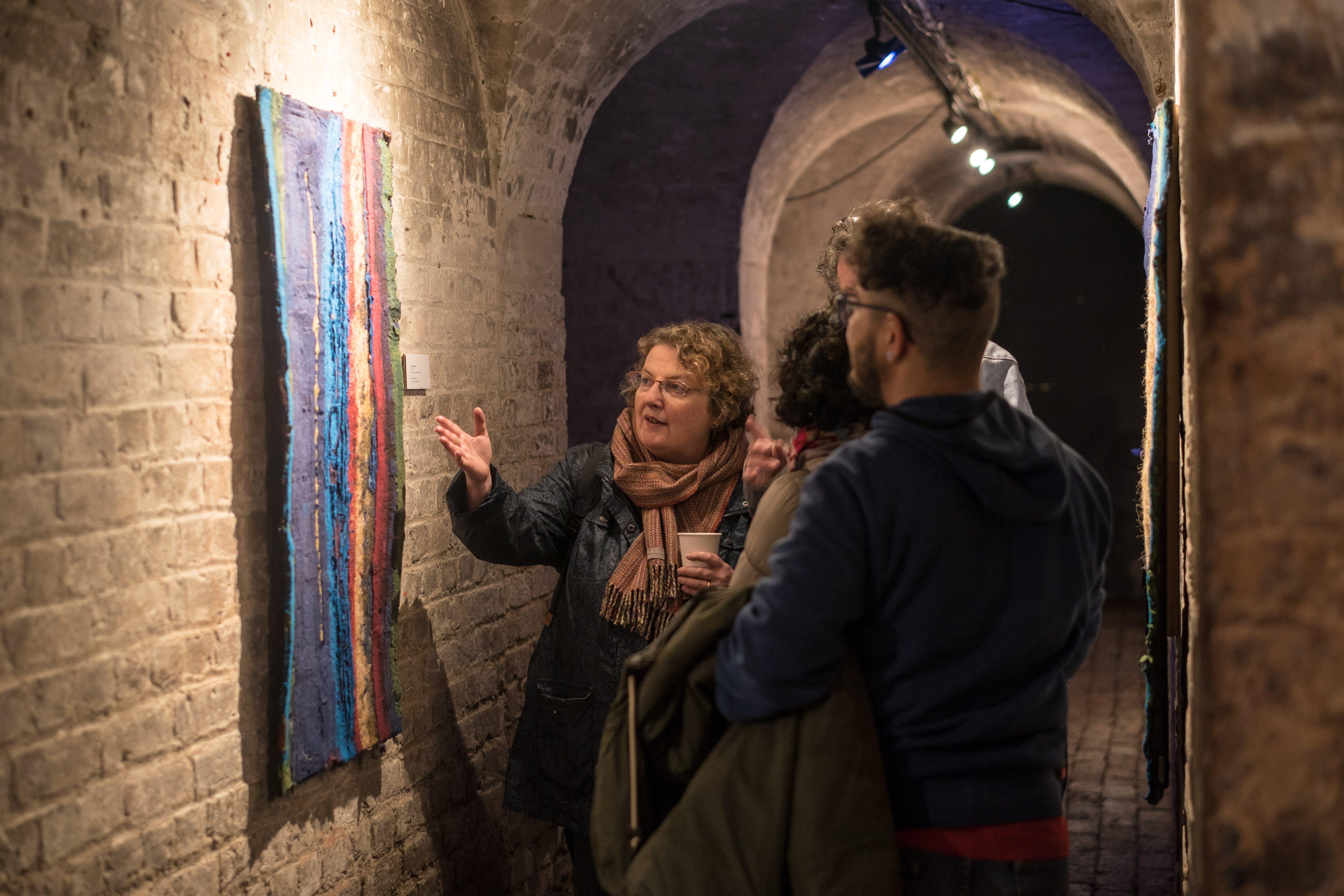 How did your upbringing in the Italian Dolomites impact your work with nature?

I grew up in the foothills of Monte Croce where my paternal grandfather managed significant areas of woodland in Fanes National Park. He knew the importance of looking closely at nature and recognising subtle changes in the environment and their significance as predictors. He was acutely aware of river water levels, rock erosion and landslides as part of the natural cycle and would use preventative measures such as tree planting and water diversion and drainage in order to protect his land. I would consider him to be a major influence in my life.

What action do you hope audiences will take after leaving the exhibition?

My aim with this exhibition is to facilitate a moment of reflection which will also prompt debate. I will be at the venue for the duration in order to engage in as many conversations as possible with my audience.

My own opinion is that we need to reverse the tide of consumerism and excess, and to break old habits. The sub-title for the exhibition is ‘Infinite Possibilities in the Observation of Changes’ and I do believe there are many possible outcomes to the situation we find ourselves in. I believe in the importance of collective responsibility but also in positivity and hope - the exhibition isn’t intended to be negative or depressing.

My audience will have an opportunity to look at samples from everyday items containing fibre plastics and will be asked to consider how we might be misled and the importance of questioning and making choices.

I had a chance to see the cave paintings of Altamira many years ago before it was closed to the public. That was an experience that had a huge impact on me. 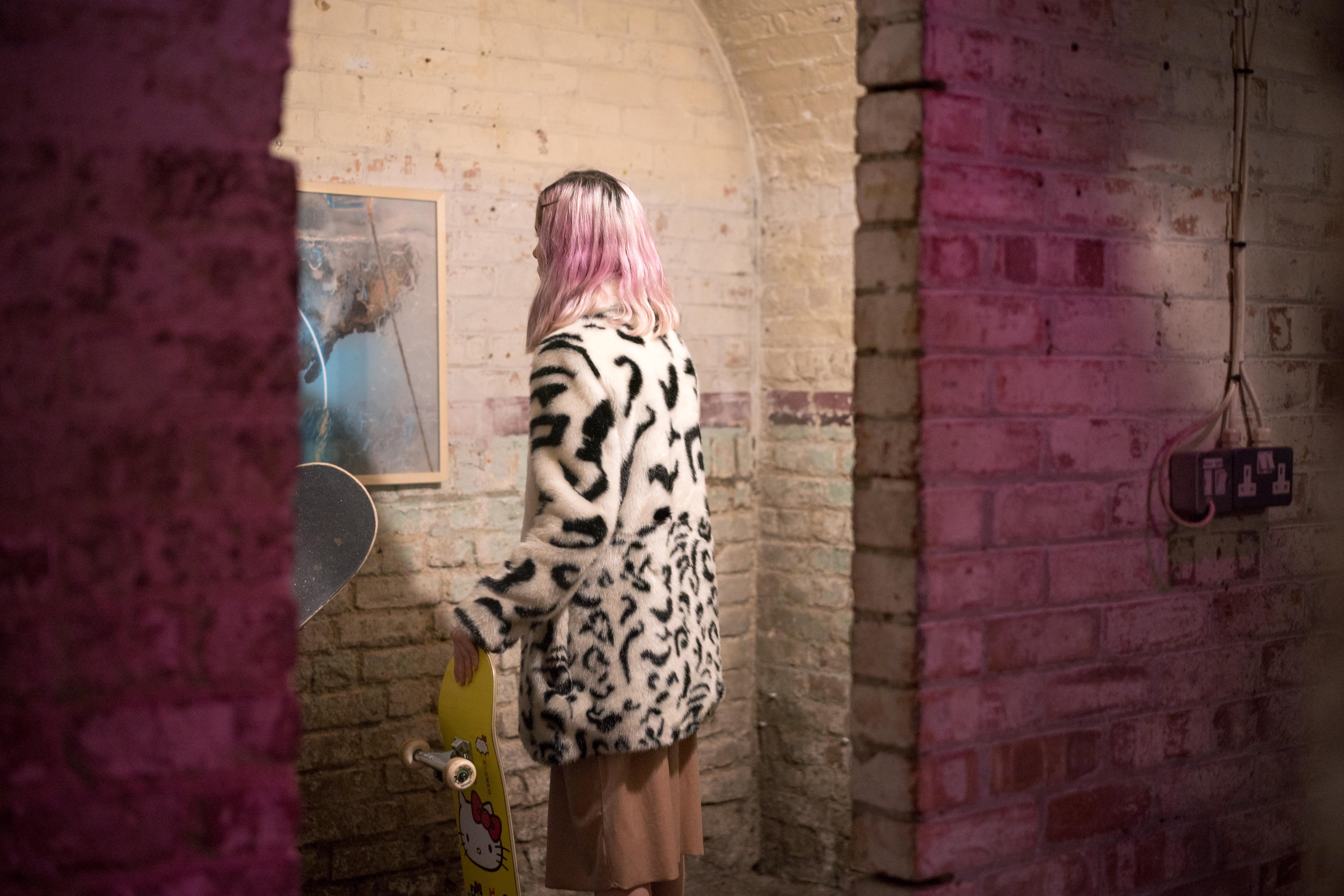 The project is self-funded due to the absence of any sponsorship or Arts Council funding – there were two failed attempts to secure ACE funding for the project. To strengthen those applications, I committed to field trips and outreach events with family groups and primary school classes. These activities definitely enhanced the project immensely but the field trips had to be eventually self-financed and for the outreach programme, the workshops had to be delivered free of charge.

Lack of budget also meant that I had to be extremely creative in how I went about acquiring equipment and materials, and in finding creatives - film-maker, editor, sound designer, lighting engineer - who were willing to be involved.

As always, because I embrace a wide range of media in my work, there’s was a steep learning curve for myself and my long-time assistant John O’Leary, especially with some of the more technical aspects of this project. Having said that, I wouldn’t describe any of the challenges as major.

Look for original ways to fund your practice and try to find innovative ways and alternative locations to exhibit your work. Aim to create your own opportunities as opposed to relying on open submissions – the odds will be fairer for you.

Try to connect with other creatives and organisations to develop mutually beneficial projects and consider involving community-based and school groups if it’s relevant to your practice. Don’t restrict yourself to art circles but reach out to other groups in your area of interest. And don’t forget to attend talks and events where you can also engage and network.

People can find out more through my website www.irmairsara.com, and my blog and social media platforms, all reachable through the site. 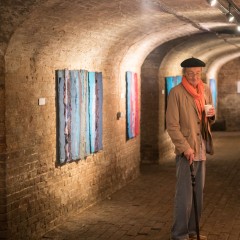 Interview with Irma Irsara, creator of "Earth is Calling" and visual artist