Amelia Forsbrook, formerly one of the Wales Arts International's critics spoke to Voice about working as an arts writer.

With a career that stretches to working with The Guardian, EXEUNT Magazine and the Off West End Awards, Amelia gave her advice as to how you can become one of those not-so-scary theatre critics every performer fears...

I'm a freelance performing arts critic, and occasional features writer. My job involves transforming very visual, live experiences into vowels, consonants and punctuation. My goal is to pin down the spirit of an event, so that my readers can feel transported. Especially if they don't get chance to attend an event. A lot of my work – conducted, by candlelight, at the kitchen table – remains very much behind the scenes. Yes, there are the late nights, press functions and parties, but I will spend just as much time pitching my ideas to editors, researching current trends and writing into the early hours.

The best bit of my job is that I get to critically engage with the creative team behind a piece of work. When a show is good, it's great to be able to give these creatives promotion, feedback and some quotes they can use in funding applications or attracting new collaborators. Being part of the process that gives recognition to those who deserve it most is hugely rewarding for me.

There are far more theatre critics than there are jobs, so this is not a line of work for the half-hearted. There are a lot of opportunities for unpaid writers – fantastic for those at the start of their careers, but as critics we need to work together to protect the space where critical involvement with a piece or a movement is financially viable. Don't expect to walk into arts journalism. Prepare to work, network and adapt. If you are serious about a job like mine, make sure you are ready for a thousand of conversations about the future of journalism, and to consider innovative platforms for your work such as newsletters, show programmes, blogs, festival programmes or apps.

Without a doubt, the best moment in my career so far was when I was invited to join National Dance Company Wales as they toured India. My role was to interrogate and promote Welsh culture abroad, and it was fascinating to unravel the tensions between how the artists saw their national identity against how spectators understood Wales. On one hand, we had this incredible company trying to express themselves through a contemporary, and intrinsically international, art form; on the other, we had arts marketers and publicists lazily referencing Glamorgan sausages and dragons in a bizarre caricature of "Welshness".

Alongside my degree, I was the arts section editor for my university's magazine, and got myself a part time job at a theatre cafe. I worked hard during this time to network as much as possible (I still know which Cardiff-based theatre director drinks double macchiato!) then built on the connections I'd made during this time once I'd graduated. After a series of internships with National Theatre Wales, The Guardian and IdeasTap, I started pitching and building my list of editors. When not writing about the performing arts, I keep 'in shape' by tackling on other subjects – from Atmospheric Science to dating, controversial literature to vacuum cleaners.

Recognising talent is one of the best things about being a critic, so it's only natural that finding fault is one of the most difficult. It takes a lot of time, effort, money, love and commitment to make bad theatre, so it's important that, when I have to criticise, I do so from a place of generosity. My goal is not to be malicious, but it's taken me a lot of time to develop my voice and I've certainly offended quite a few people in the process. Never let your fear of offending someone compromise your professional integrity, but make sure you stick to the facts and avoid gratuitous insults and grandiose judgement.

Be ambitious, but don't be a slave to your ambition. Make sure you are absolutely sure of what you will and will not compromise on, as your career develops. Be flexible – prepare for late nights, last minute call-outs, bizarre immersive opera, four hour monologues, small deadlines, big word counts, disagreeing commentators and unfamiliar publications – but know what your needs are. If a publication invites you to submit some writing for free, be honest with yourself about what you are getting from the experience and be proactive in how you convert this opportunity to your next (hopefully paid!) gig. And if you ever find out the future of arts journalism, please let me know. I'm depending on the next wave of critics to provide the answer!

Have you got what it takes to be a critic? Check out the profile on Creative Choices, a website filled with advice for people wanting to get into the arts. 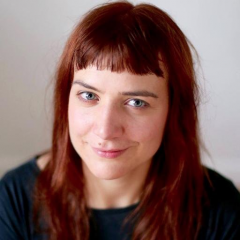 Amelia Forsbrook, formerly one of the Wales Arts International's critics spoke to Voice about working as an arts writer.