“If you don’t have a seat around the table, then you’ll be on the menu”

Could you please introduce yourself to the reader? 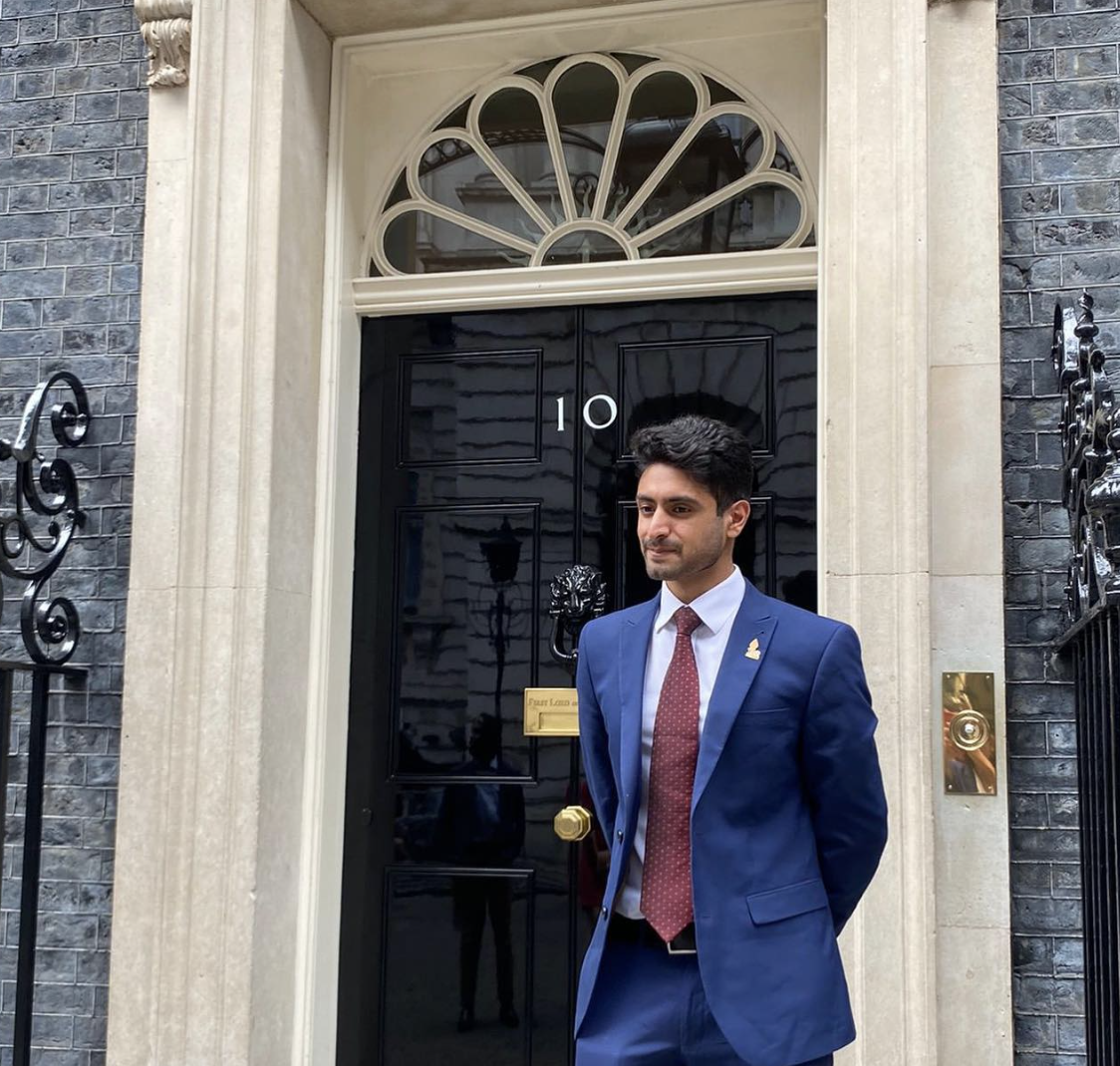 The Y20 is the G20’s official youth engagement group. Its aim is to make sure that G20 world leaders end up incorporating the views of young people within the final G20 communique (a list of policy recommendations that the G20 leaders agree to act upon). The Y20 is not the only engagement group of the G20.

Each year four young leaders from each G20 Nation are selected following a rigorous process to represent the views of young people within their country at the Y20 Summit.

This year the summit took place in Jakarta and Bandung from 17 July - 24 July 2022. The four areas of focus were Sustainable and Liveable Plants, Youth Employment, Digital Transformation and Diversity and Inclusion. Throughout the summit, we negotiated different policies relevant to our area of focus and develop a list of policies that we agreed to create the Y20 communique.

Following the summit, we worked hard to ensure that the policies within the communique were actioned and included within the main G20 communique. We achieved this through delivering the communique to 10 Downing Street, meeting with the Prime Minister’s G20 Sherpa, speaking at Chatham House about youth engagement in politics and working with senior civil servants and government ministers to try and ensure our policies were acted upon.

Tell us more about your background?

I graduated with first-class honours from the University of Warwick, where I read Philosophy, Politics and Law (PPL). Now, I am a future trainee solicitor at the global law firm Allen & Overy.

Additionally, I am the founder of an award-winning public speaking coaching academy - The MMK Academy, which trains children and adults to improve their communication, confidence and charisma whilst also boosting their political engagement. The Academy was awarded the Wise 20 under 20 award (2020), where it was classed as one of the top 20 businesses in Europe to be run by someone under the age of 20.

In my spare time, I enjoy playing tennis, running, swimming and following Arsenal. I am also a huge foodie!

What inspired you to become a Y20 G20 delegate?

I was inspired to become a Y20 Delegate for three reasons: 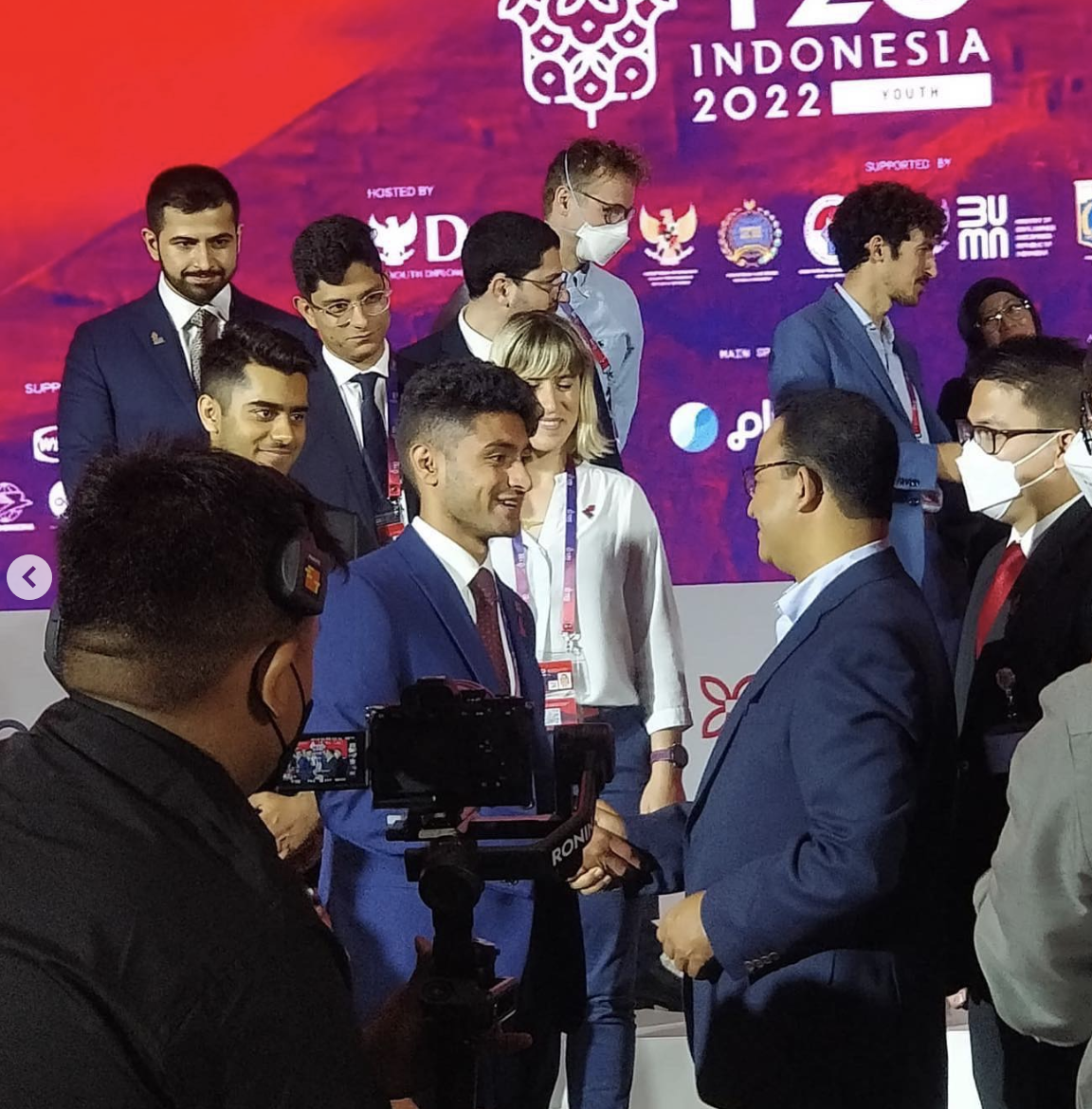 Could you tell us more about your particular track?

I was in the diversity and inclusion track. This track had two main areas of focus:

Are there any particular developments you hoped to see? If so, what are they?

The key policy I was fighting for was to ensure that training to improve verbal communication is formalised in all primary and secondary-level national curricula by 2025 to ensure these skills are consistently and universally taught.

Through my work in coaching children and adults, I have come across many hugely talented students around the country who are being deprived of the opportunity to maximise their potential owing to their lack of soft skills—in particular, their ability to communicate. This was reinforced by the numerous focus groups we held with young people across the country. Whilst some schools (mainly private schools and some other schools) dedicate consistent lessons to improve their students’ communication skills, others do not. This has created a huge disparity in terms of how able students are to communicate, which can hinder them in interviews or in networking scenarios.

Why should the UK care?

Poor soft skills and verbal communication prevent hugely talented young people from being able to actualise their potential and positively contribute to the growth of the UK economy. The lack of soft skills is a major cause behind why unemployment rates for 16-24-year-olds stand at 14% in the North East compared to 6.5% in the South East.

Often many young individuals have the intelligence but often are not able to succinctly communicate their views. This means they are not able to clearly, coherently and confidently portray their talents. If the UK Government is serious about its commitment to substantial levelling up, it should mainstream the teaching of soft skills at school as this would ensure that the brightest talents from all regions across the UK will have an opportunity to maximise their talents.

Moreover, this is an issue that goes beyond the UK.

The Covid-19 pandemic has exacerbated this problem as students have lost out on two years of having a regular chance to interact socially with peers and adults. The Government whitepaper on levelling up has said that 0.8 years have been lost in reading – I can imagine a comparable if not greater amount would have been lost through speaking. Soft skills education would help the UK with its post-COVID-19 recovery plans. 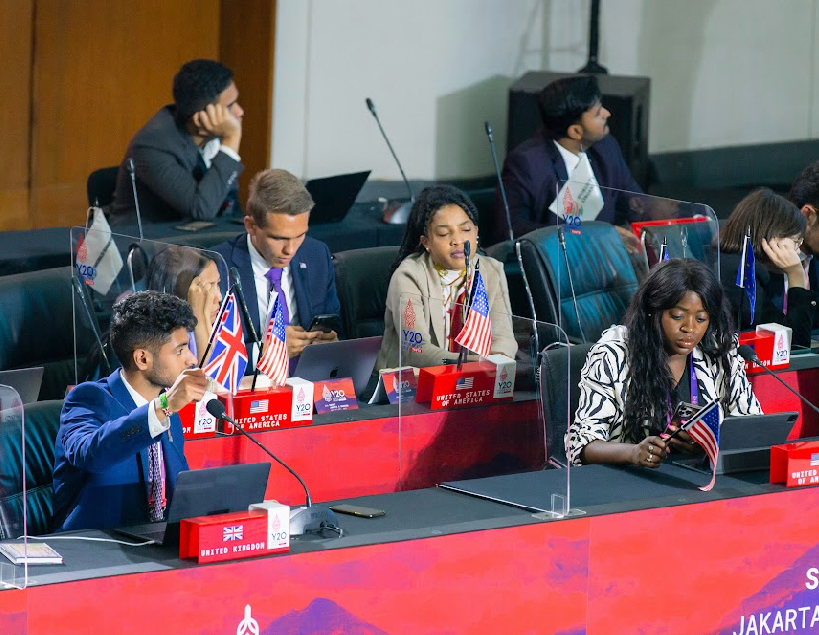 What do you think is going well with the G20? Are you able to share any of your communique insights with us?

I appreciate that the efforts of Y20 were acknowledged not only in name but, more importantly, in substance, as many of the policies in the Y20 Communiqué were mirrored in the G20 Leaders Declaration.

Most notably, it was amazing to see the G20 Leaders Declaration mention on several occasions that educational systems need to be amended to incorporate the teaching of soft and communication-related skills to better equip young people for the fast-changing world of work, as per the Y20 Communiqué’s recommendations.

Whilst I welcome the G20’s references to policy recommendations from the Y20 on diversity and inclusion, we must recognise that these are merely words in a substantially long document.

It’s a significant milestone, but more work needs to be done to bring these words to life and hold G20 leaders to account so that these visions become a reality. I look forward to working with key stakeholders, including young people, teachers, politicians, civil servants and leaders in education, to achieve this. 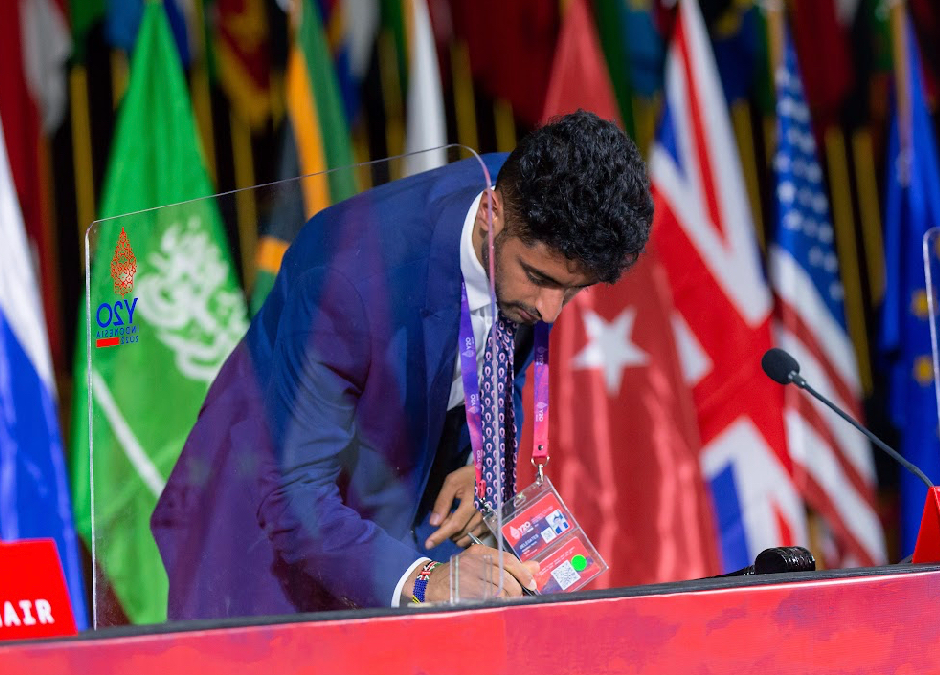 Do you have any advice for young people interested in sharing their youth voice?

There are two quotes that I think typify why young people should get more involved in politics.

I have heard many young people state that they are disengaged, disinterested, or disenfranchised in politics. That is totally understandable, given the behaviour of politicians and also the fact that achieving real change in politics is incredibly difficult. But whether we like it or not, politics impacts every aspect of our lives, and so it is in our best interests to try to get involved, become more engaged and try and change the system with fresh, new and creative ideas.

Secondly, if you don’t have a seat around the table, then you’ll be on the menu. For me, this means that if you don't have influence or power, then it will be very, very difficult for your views to be heard. Often young people are amazing at carrying out grassroots-level change, but that needs to be reinforced with some political activism with MPs and civil servants. To achieve sustainable and substantial change, both a top-down and bottom-up approach is needed.

All in all, put yourself forward and get involved.

“If you don’t have a seat around the table, then you’ll be on the menu”