Voice MagInterviewsWhere are they now?.…

Dan Ponting was part of Arts Award's Gold pilot scheme over ten years ago. He has since completed a Fine Art degree, had work shown in Tate Modern and won a Royal Photographic Society competition. He currently works as a graphic designer.

I've largely switched disciplines since my Arts Award and subsequent Fine Art degree. My work was largely photographic and media based, and currently I work as a graphic designer. Where I work I'm responsible for all of the design output - this includes illustration, infographics, web design, branding and identity projects, and print and packaging design - it's very varied, and a lot of fun!

After University I had quite a lot of success with a body of work called Self(ish) Characters, a series of highly manipulated photo narratives. I had solo gallery shows in Brussels and Wales, one piece was shown in the Tate Modern, some of the work was also taken to the Greek art expo, Art Athina. One of the pieces shown there also won a Royal Photographic Society competition.

I really enjoy design work, and I feel like I've found a creative output that works really well for me, so in five years time I hope I've progressed my current career and had many exciting projects in between!

I did Arts Award Gold, during one of the pilot schemes that ran in 2004/5. One of the best things about it was that it backed up things I was already doing, allowed me to do even more, and then encouraged me to share these things and engage much more socially. It was this sharing and active engagement with my peers which was a real help to the creative process. Being able to articulate my work, and discuss it with other people was a very useful skill later in my University course.

There are so many different forms of creative output, and I would encourage people to explore lots of them, finding success in one thing often leads into different avenues. Being multi-skilled and ready to explore is truly useful later in life, and these transferable skills will support you in ways you won't even realise. So my advice would be to try as many things as you can, have fun, and of course don't give up.

danponting.com - portfolio to be updated early 2016 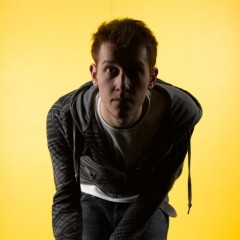 Where are they now?...with Dan Ponting

Dan Ponting was part of Arts Award's Gold pilot scheme over ten years ago. He has since completed a Fine Art degree, had work shown in Tate Modern and won a Royal Photographic Society competition. He currently works as a graphic designer.