What are you doing now?

I'm Director of Upstart Projects, an organisation we set up to create opportunities for young people during and after Arts Award - one of our projects is running Arts Award Voice! And I still work closely with the Arts Award team, 10 years on…

When and how did you get involved with Arts Award?

I was working at the Arts Council in Birmingham when a visionary headteacher, Susan Orlik, told me that she'd created an award for arts leaders at Langley School, Solihull. It was such a brilliant idea, so we got it going in other schools and arts organisations, until the Arts Minister (Baroness Blackstone) noticed and suggested it go national. I was lucky to be in the right place at the right time, and got the chance to develop it.

What is special about Arts Award?

Arts Award has the ability to inspire young people and to change the way they take part in the arts. I think this is partly because you can choose what you want to explore, and partly because of the close links with the real world of artists. I love the fact that Arts Award is a respected qualification which young people have genuinely influenced and I especially enjoy working with the Arts Award Youth Network, our team of young ambassadors and advisors.

What impact do you think Arts Award has had over the past 10 years and what would you like to see next?

Over that time, Arts Award has become a key qualification for arts organisations, museums and libraries. More and more run Arts Award each year and it genuinely creates a pathway into arts careers.

At the same time, Arts Award is widely used in schools alongside mainstream qualifications to stretch budding artists, give awards for taking part in the youth orchestra/school play, or as an alternative arts qualification.

So Arts Award has built its reputation as something worth doing and recognised. Now I'd like to see it as well-known as the Duke of Edinburgh's Award!

Have you got a message for young people doing Arts Award now?

Enjoy your Arts Award, have fun, and use it to explore something creative and new. Who knows where that will take you? 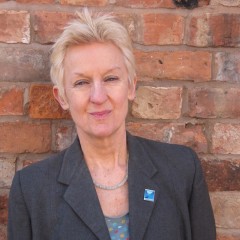