Ben Hanlin's set has the unfair Fringe advantage of a prime-time, prime-location slot, performing his opening night to a heaving crowd at the Pleasance's busy Dome on Thursday night. But you don't get to that slot easily, and as expected Hanlin's an easy win in a festival full of pleasant surprises and surprise disappointments.

His boyish energy is constantly switched up to the max, bounding around on stage, cheeky grin spread across his face, somehow managing to avoid the rage or avoidance of whichever audience member he decides to pick as his target, even when attempting to snog them/set them up with each other/almost certainly invade their privacy. There's plenty of groan-worthy innuendo that's actually rather funny, and the audience descends into excitable giggles for much of the show.

Lots of the tricks are by the book, but are so smoothly accomplished — and with such silly humour — that it's difficult to care. Well-timed jokes and sketches puncture the show and keep the pace high and towards the end there are some truly unexpected tricks, one which isn't for the queasy among you.

All in all, a laugh-a-minute show from a talented performer who's impossible to dislike. 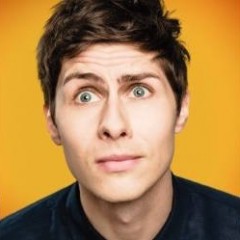