Goose, the one man sketch show from Adam Drake — with a pretty large backing band and a few stage friends — is pure energy from start to finish. The (twenty) fifth best reviewed performer from the Fringe last year has returned for 2016 with Hydroberserker; a mix of stand up, audience participation, quick sketch, mid-sized sketch and longer sketch. This variety, jokes and sketches fired one after the other, barely time between to come up for air, is hugely successful due to Drake's versatility as a performer, and, as glimpsed in some of his shoutier sketches, as a serious actor.

He switches between nervy lone performer, jerky comedian and funny pal with ease, and even his cruelest-seeming audience jokes don't actually feel humiliating or mean-spirited. Plenty of his jokes come around full circle too. There are multiple threads that Drake sets up throughout the show, coming back again when least expected, and always in the most lateral way imaginable.

As with many sketch shows, the narrative that holds it all together ends up being the least important part of the whole performance, and while the narrative specific parts of the show aren't as sharp as the rest, it keeps rolling along with enough speed to not really alter the overall brilliance of Hydroberserker.

Laugh out loud from beginning to end. 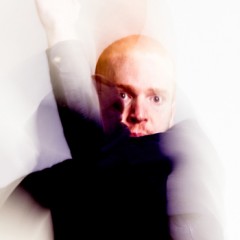