Last night the Voice team visited the Latitude mainstage to see alt-j in action. They of the very recognisable sound - flexible vocals, clubby beat and then an added extra that really is just very, them.

They came on to a swelling, screaming crowd and kicked things off very nicely. Sometimes music with more of a dance beat to it can get lost in outside arenas, doing better indoors when the sound has something to really resonate from. At Latitude everything is so fine tuned (every performance we've seen has been pretty technically perfect) that this was never going to be an issue. The sound was as rousing and rounded as it possibly could be. The first few songs had everyone dancing, from very small children on their parent's shoulders to the crowd who were mostly there for the night entertainment. 'Fitzpleasure' was particularly well delivered, and the tremendous, and very signature sound of this one was translated well for a live audience. Similarly 'Matilda' offered an audience sing along and a view of Joe Newman's vocal range.

The main problem however, is that alt-j are a band that grow on you. Their music isn't immediately catchy, and the majority of songs from the second album didn't really offer enough variation of sound or style to hold on throughout a full length performance - headliner spot being 1 hour 30 - and the energy did drop a little. Once the bands songs get in your head they get stuck there, and they are brilliant songs to drive to, kick of a night to and listen to in moderation. En masse, there just wasn't enough to keep the attention from wandering.

For real alt-j fans this will have been a treat, they were performed well, technically delivered well and the sound was true to the very individual sound that this band have crafted. For a casual fan, this offered a nice slice of a band, that didn't quite hold the attention for the duration. 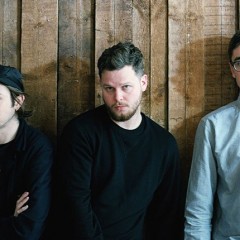 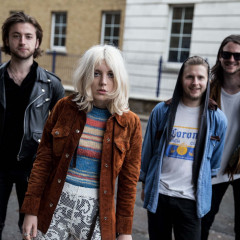