Interested in reporting from a festival? Here is your guide to getting started...it's not easy, but it sure is fun.

Reporting from festivals can be a bit of a minefield and hours can get sucked up without you really knowing where they've gone. Navigating the site, finding power, searching for that illusive festival wifi - these things can seriously put your deadlines back by hours. So, how do you make the most of your time there?

Deciding when to report

You must have some idea of the timetable you want to stick to before you go, as it will inform how you engage with the festival.

I have reported from festivals for the last four years and very often have had my submission deadline set for after my return. This means NO writing while on site, just enjoying the acts, then getting home and writing up an overview the next day. While this means you basically roll around a festival field all weekend with a press wristband on and do little else by way of work, it can take its toll on your final piece. You still need to be sure that you're seeing enough acts and that you're keeping note of who is actually playing. This may sound obvious, but I did once return knowing I had enjoyed the weekend of the year, without having a clue who I'd really seen. There was 'that brilliant play with the animations' and 'that old guy who was singing on the main stage' but nothing in the way of exact notes. A large majority of my review discussed how lovely the lake was. Just because you're not writing on site, doesn't mean you should slack off!

This will occasionally make you want to burst into tears, running from stage to stage, remembering to allow enough time to write up what you've just seen, only to realise there isn't a power source in sight to allow you to actually write it, getting lost and missing the act you're supposed to be posting about in the next hour. It's stressful, but it's also very fun if you get into it and get it right. Keeping on top of this involves covering the small things early. Consider…

Deciding what to report

This is also a pretty nifty balancing act, as you want to tick off the favourites, but also allow for spontaneity. I stumbled into the poetry tent at Latitude four years ago and found a young Kate Tempest blowing the minds of the crowd present. I'd never have planned to report on this, but it happened and it was amazing. You need to have about half your acts planned before you go (big acts, big stages who you know will give you something to write about) then leave the rest to chance (NB this is NOT the same for Fringe festivals or individually ticketed event festivals you must have as much as possible planned in advance). Begin to sniff out the different stages when you get there and get a grip on which might be promising. Sitting in front of an obscure stage for the morning and reporting on the acts that come up as one round up piece can be very exciting and can introduce you - and therefore, your reader - to the up and coming, more unexpected acts.

For the acts you do have planned, keep a note of who you want to see beforehand and write down their location and time in a notebook. It is much easier to rely on a notebook than a phone at a festival as there will never be a power issue. Be sure to use this to note down key thoughts, newly discovered acts and comments from the crowds. Also, always have a map printed out.

Making the most of your time

It is good to write mini round ups, if it means you can see and cover more. If you can write a morning round up, a stage round up or an art form round up this can save you time running from place to place. You can throw yourself in for an immersive few hours, then come back up for air to write your piece. It's so important that you capture the atmosphere, so you want to be able to really take in what is going on around you - which is unlikely if you're rushing manically from stage to stage.

If you have a press contact already then this is who you go to first. Ask them to set interviews up in advance of the festival, and they will normally send you to meet the act when they leave the stage.

But don't worry if you don't have a press contact. There are plenty of other ways. At festivals, some of the most interesting interviews are with the smaller and lesser known acts and sometimes you can ask these guys in person as they come off stage. Be polite, let them know it's ok if they don't have the time, but that you'd like to interview them for [your title]. Sometimes they will pass you over to their manager to arrange a time that is good.

In Part Two, there will be a focus on the style of writing from festivals, and how best to capture the mood… 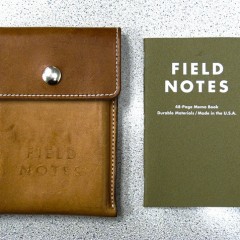 How to...report from festivals (part one)

Interested in reporting from a festival? Here is your guide to getting started...it's not easy, but it sure is fun.