A breakdown of the top ten best video games of 2022 from across all genres and platforms.

Welcome to our list of the 10 best video games of 2022! We have curated a selection of the most highly-rated and critically-acclaimed games of the year, spanning a range of genres and platforms. From immersive open-world adventures to intense multiplayer shooters, there's something for every type of gamer on this list. Whether you're a fan of single player campaigns or online multiplayer, you're sure to find something to love among these top picks. So without further ado, let's dive in and take a look at the best games of 2022!

An unforeseen gem of a game, Stray follows the adventure of a stray cat as it must untangle an ancient mystery to escape a long, forgotten city. Developed by BlueTwelve Studio, this original and heartwarming platformer challenges the player to solve puzzles and hack into technology in a game filled with artistic flair and gorgeous visuals. For all the cat lovers out there, this game is perfect for players who want a fun but challenging game to sink their teeth into this Christmas.

Kirby and the Forgotten Land

An outstanding platformer game developed by HAL Laboratory for the Nintendo Switch, this is the thirteenth main instalment in the Kirby series. With a brand new world to explore, new enemies to defeat and beautiful level design captured for the first time in full 3D. Critics have proclaimed it is one of the best Kirby games ever made, and the loveable hero is at his most fun yet. Combining familiar gameplay mechanics with brand-new abilities, this new addition is one that Nintendo Switch players simply must have.

Arguably one of the greatest superhero to video game adaptations of all time, Insomniac’s Spider-Man Remastered for PC has finally afforded PC gamers some of that web slingin’ action that has eluded them for so long. Outstanding graphics and an improved framerate allow players to live and breathe within Manhattan. It offers an intuitive control system with the use of a mouse allowing the gamer to web sling, fight and traverse the city at will, all the while dealing with thugs and iconic villains in a captivating story.

2022 has been a great year for Infinity Ward, with the release of Warzone 2.0 ( a sequel to their first foray into the Battle Royale genre) and Call of Duty Modern Warfare 2. Modern Warfare 2 comes as a joint package with the inclusion of Warzone 2.0. Combining a riveting campaign with multiple choice options and insane set pieces full of testosterone-fuelled action and the classic Modern Warfare 2 multiplayer that combines explosive, fast action gunplay with excellent map design. It’s a multiplayer experience that FPS (first-person shooter) fans aren’t likely to put down.

Pokemon Legends: Arceus is the long-awaited revamp of the much-beloved Pokemon series. The game shatters players' expectations of a typical Pokemon game and reinvents it with new gameplay mechanics that challenge the player in how they go about capturing and battling with their favourite Pokemon. New behaviour mechanics that allow the Pokemon to live and exist like they are real creatures takes both old and new fans on the most immersive experience yet. With brand new action mechanics that make the game more difficult than previous entries, Pokemon Legends: Arceus is an experience that will both challenge and amaze players in equal measure.

Creative Assembly's incredibly popular Total War franchise released the final game of their Warhammer trilogy, adding another behemoth of a real-time strategy game for PC gamers to get their hands on. With improvements to AI and the induction of new races like the daemons of chaos and Ogre Kingdoms, there is now more content than ever for players to sink their teeth into. If players are looking for a game with insanely high value for money, this game is it, with the option to do 8-man co-op campaigns and feats previously unheard of in previous titles, Total Warhammer 3 seeks to outperform its predecessors in every way. New mechanics like a newly expanded campaign system and an expansion of previous in-game battle mechanics make this addition the best Total War yet.

A Plague Tale: Requiem is an action-adventure survival horror stealth game developed by Asobo Studio. The game is a sequel to A Plague Tale: Innocence, which received critical acclaim. This new instalment in the franchise has lived up to the heights of the previous game and surpassed them. With a powerful, heartbreaking story of a young French girl and her brother as they struggle to survive a terrible plague sweeping the land during the 100 years war between England and France, its story is gripping as it is tear-jerking. With new and improved gameplay mechanics that force players to adapt to new cunning enemies and elude the ever-dangerous clutches of the French Inquisition. This game is not one to miss if you’re a fan of powerful storytelling and nail-biting gameplay.

One of the most creative and riveting games of 2022. Building upon its brilliant predecessor, this RPG developed by Guerilla Games is a more than worthy successor. With an expansive open world filled with unique, interesting objectives and enemies, there isn’t a dull moment for players. Combining an engaging campaign with interesting and unique characters whose loyalties will keep players guessing creates a truly memorable story that both new and old players will love. This game is filled to the brim with content and has well over 30+ hours of content, so it's perfect for players who want a lengthy game to play over the seasonal holidays.

This game’s place in the top three games of the year will come as no surprise. Santa Monica Studio’s last entry in the God of War franchise following Kratos has been one of the most heavily sought-after games all year. This game exceeds its predecessor, which is arguably one of the best games ever made, and that is no small feat, with bone-crunching combat and a story that is both heartbreaking and enthralling in equal measure. It offers a new and outstanding graphical upgrade, making the frozen world of Midgard beautifully realised in this bloody but brilliant action adventure that follows everyone’s favourite god killer Kratos and his son Atreus. Each character is masterfully written with exceptional performances by their voice actors and beautifully portrayed with excellent motion capture technology.

Arguably the greatest RPG of all time, FromSoftware’s latest instalment in their stellar history is one of the most beautifully crafted video games ever made. With an expansive open world that is filled with enemies, treasure, dungeons and bosses, this game will have players hooked from the moment they step foot onto the Lands Between. Elden Ring combines an addictive character progression system with that all too familiar challenging but rewarding gameplay that fans of Dark Souls love so much. To call Elden Ring a massive game is an understatement, there are so many hidden areas, NPC quests and secret dungeons you’’ require multiple playthroughs. With exciting new combat mechanics, there is an almost infinite number of ways to play this game and Elden Ring is the only game to truly capture that feeling of adventure that video gamers love so much. 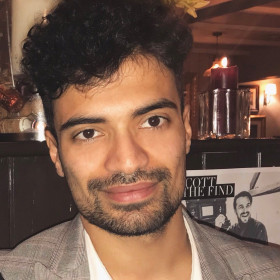 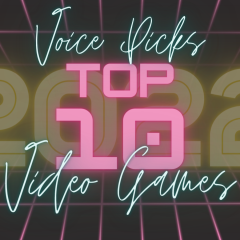 A breakdown of the top ten best video games of 2022 from across all genres and platforms. 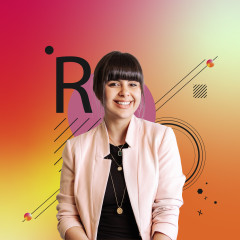