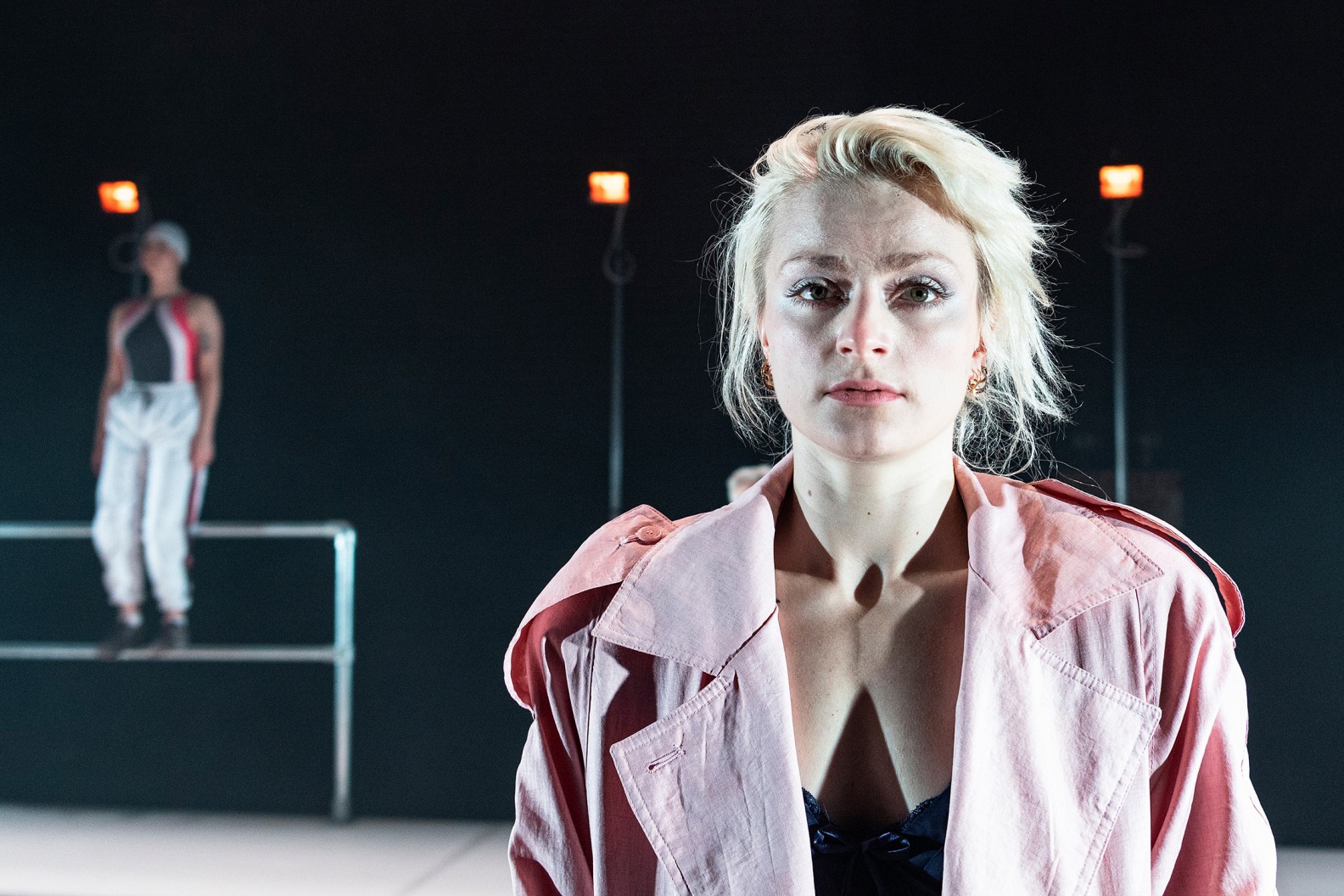 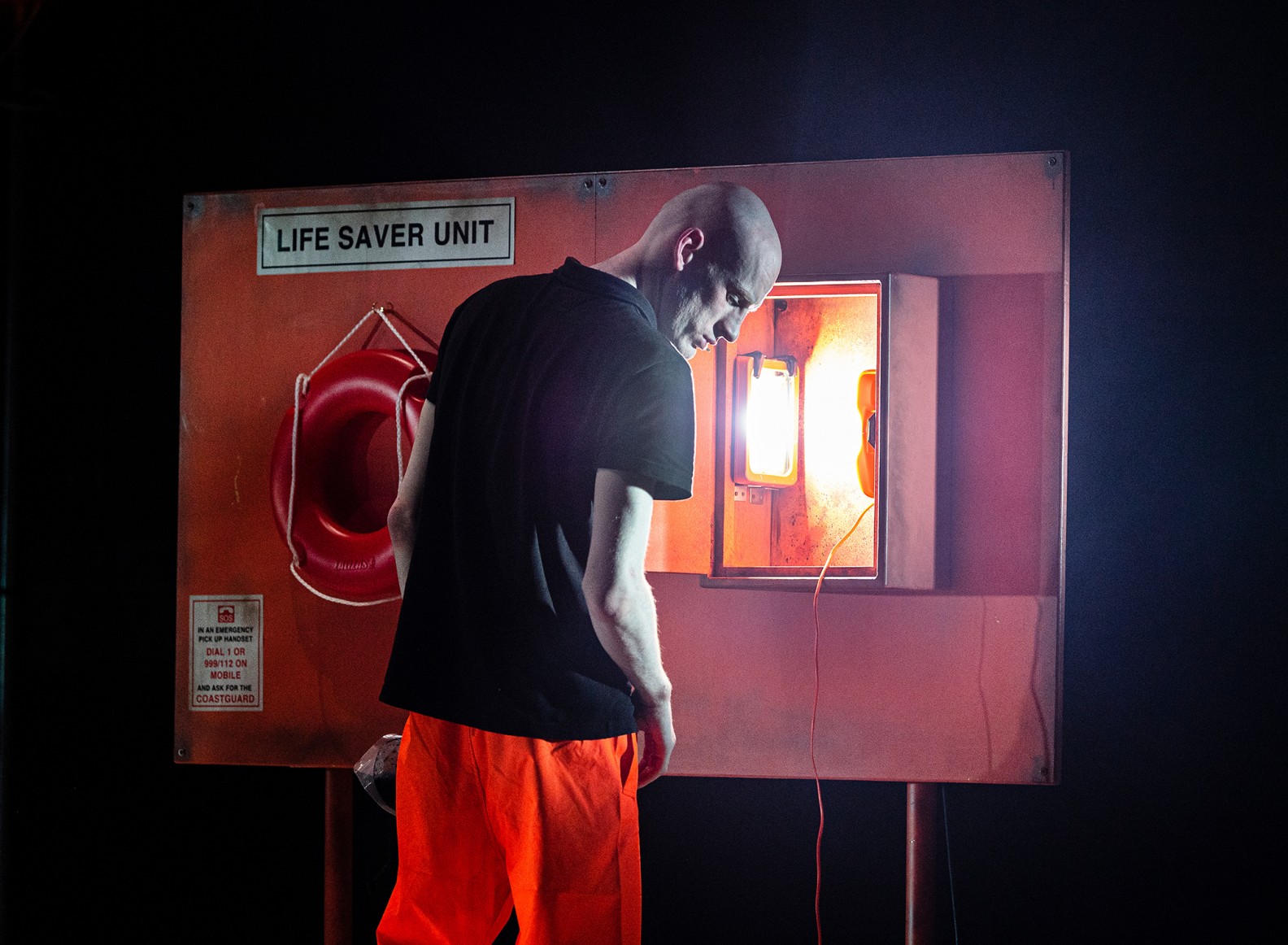 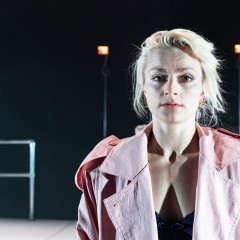 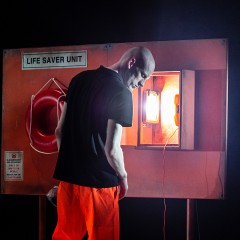 DROWNTOWN, the new show from choreographer/theatremaker Rhiannon Faith, was set to tour this spring/summer with a Barbican run set for June and July, but for due to Covid19 all that has been postponed until 2021 (when it is hoped the Barbican dates can be rescheduled).

Set in an unnamed deprived coastal town, DROWNTOWN looks at six strangers weighed down by individual darkness in the seemingly abandoned town. Stuck between the remains of a broken community and the vast bleakness of the sea, they struggle with isolation, loneliness, shame and failed support systems.

Sound familiar? Created before Covid19 and lockdown changed our lives completely, the show nevertheless has an uncanny relevance to the new normal we have been struggling to get used to.

To bridge the gap, Faith has created DROWNTOWN LOCKDOWN, a digital prologue film. In this we meet the cast of DROWNTOWN in their own homes, before they leave for the beach, the setting for the show. Loneliness, involuntary isolation and the difficulty of leaving the house are all sensitively explored in this poignant, specially created piece.

‘There was an obvious disappointment that the tour was postponed’ said Rhiannon ‘but the themes and issues it explores have such a similarity to those that are affecting so many people during the lockdown that I wanted to get something out there that works in the current context but will remain relevant in the future.’

Dark, uncompromising and moving, yet accessible, tender and physically stunning, DROWNTOWN and DROWNTOWN LOCKDOWN continue the vein of gritty dance-theatre from this radical choreographer. Bold and brave, at times bleak (in keeping with its subject matter), the shows use autobiographical testimonials and text to give voice to the vulnerable and unheard in modern Britain’s areas of social deprivation.

DROWNTOWN LOCKDOWN will be launched on Thursday 9 July at 8pm via www.facebook.com/RhiannonFaithCo

The film (15 mins) will be screened followed by the trailer for the stage show (1 min) and a Q&A discussion with Rhiannon, DROWNTOWN LOCKDOWN Director Adam Sheldon and selected cast members.

Following this the film will be available to watch at www.rhiannonfaith.com

Before creating the show Rhiannon undertook extensive research into areas of social deprivation. ‘I visited coastal towns including Jaywick, Clacton-on-Sea and Great Yarmouth, all places with a strong sense of community and identity but also some of the highest levels of social and economic deprivation in the UK. Happy destinations for holiday makers that become full of darkness and degradation when left behind’ she said.

Social exclusion and isolation are rife in such places with their lack of frequent and reliable public transport and high-speed internet. Recent research suggests that loneliness can increase the risk of premature death by 30%. Nine million people in the UK say they often feel lonely, 7% of 18-64 year olds feel socially isolated, rising to 11% for over 65s.

The company is also planning DROWNTOWN Solo Stories for the tour, a community engagement project for people who experience social isolation. DROWNTOWN LOCKDOWN will include #VIRUSVULNERABILITIES, a series of creative task video workshops available to the public. These will guide and support people to make their own digital Solo Story contributions around the themes of the show.

‘So many communities are broken, people are drowning, so something must be going wrong,’ added Rhiannon. ‘during lockdown issues with isolation, loneliness and deprivation are heightened but with all that’s going on it gets pushed out of sight I feel I need to bring them back into view’.

DROWNTOWN LOCKDOWN is produced using public funding from Arts Council England and supported by The Barbican and Harlow Playhouse. It is directed by Adam Sheldon of Big Egg Films with Ruari Barratt as Director of Photography.

Rhiannon Faith Company is the sector leader in professional and participatory socially conscious dance-theatre that has a lasting impact on audiences and participants. Previous show Smack That (a conversation), about domestic violence, was developed through the Barbican Open Lab programme from 2017 where it premiered and toured through 2017, 2018 and 2019, receiving universal acclaim from critics and audiences.

Rhiannon Faith makes work that raises awareness and lobbies for change and asks, in DROWNTOWN, how we can champion authentic belonging for every person and save them from drowning. www.rhiannonfaith.com

Film screening (15 mins) followed by trailer for DROWNTOWN stage show (1 Min) and Q&A discussion with Rhiannon Faith, film director Adam Sheldon and selected cast members.
Following this the film and trailer will be available to watch at www.rhiannonfaith.com

Film screening (15 mins) followed by trailer for DROWNTOWN stage show (1 Min) and Q&A discussion with Rhiannon Faith, film director Adam Sheldon and selected cast members.
Following this the film and trailer will be available to watch at www.rhiannonfaith.com 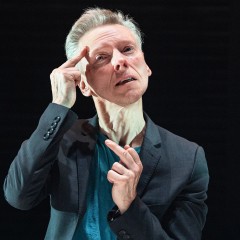