Published poet Leyla Josephine will join us on Instaviews to discuss her latest release, In Public/In Private, and her UK and Ireland book tour.

Leyla Josephine will join us Wednesday 2 November live on Instagram to discuss her latest release, In Public/ In Private, and her UK/Ireland book tour. Leyla is an award-winning poet, performer, and theatre-maker. Her debut collection of poetry In Public/In Private has received high praise from other award-winning authors like Jodi Picoult who said:

There is not a poet alive today who writes about the inner lives of women as well as Leyla Josephine. This breathtaking collection teases apart the difference between what is private and what is secret; what we exhibit of love, and what we keep to ourselves and our dreams.

For those of you who love poetry and would like first-hand insight into the creative process, come along and join us live on IG.

Leyla Josephine is an artist originally from Glasgow, now residing in Prestwick. She is a performance poet, theatre maker, screenwriter, facilitator, and project leader.

Leyla won the 2014 UK National Poetry Slam at The Royal Albert Hall with Hammer and Tongue.  In 2019 she performed for the First Minister of Scotland and supported John Cooper Clarke on his Scottish tour. She has been featured on BBC Radio 4, BBC The Social, The Guardian Online, Buzzfeed, Huffington Post, Upworthy, The National, and The Scotsman and anthology Choice Words: Writers On Abortions alongside the likes Margaret Atwood, Audre Lorde, and Gloria Steinem. The Scottish Poetry Library named her poem 'Good with our hands' in The Best Scottish Poems of 2020.

Her solo shows Hopeless and Daddy Drag have taken the UK by storm, with sold-out shows across the country; Hopeless was runner-up for Saboteur’s Best Spoken Word Show 2018. Daddy Drag won the Autopsy Award 2019, which celebrates artists making ground-breaking work in Scotland. It was also shortlisted for Filipa Braganca Award 2019, which honours solo female artists creating important work at The Edinburgh Fringe Festival.

Her short film, Groom, was nominated for a Scottish BAFTA in 2022 (under Leyla Coll-O'Reilly). 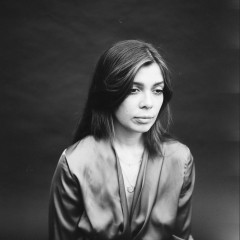 Published poet Leyla Josephine will join us on Instaviews to discuss her latest release, In Public/In Private, and her UK and Ireland book tour. 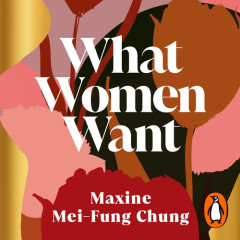