A play for today with a style that’s pure class as brother and sister confront their past to secure their future.  MUCK is new play that has been selected for a London premiere at the first Come What May Festival at Park Theatre, 12-14 May

Against the backdrop of a tough London estate, as a drug dealing former lover prowls and the debt collector is at the door, two siblings come together to clear their cantankerous nan’s council flat following her death. Tensions mount and old wounds that haven’t quite healed open, yet the brother and sister’s obvious affection for each other offers hope for the future.

MUCK is a new play that has been selected to have its London premiere at the first Come What May Festival at Park Theatre, 12-14 May 2022.

Sharing a DNA and style with hard hitting ‘kitchen sink’ 1950’s and 60’s dramas, this is a gritty, raw production that nevertheless revels in a significant element of dark and dirty humour.

Set in 2011 just as gentrification begins to affect long term residents of the White City Estate, Shepherd’s Bush, MUCK pulls no punches in its exploration of loss, love, redemption, loyalty, suppression, poverty, graft and ultimate survival. The pull of family takes George and Kelly to the last place on earth they really want to be, yet the only place where they can find solutions.

Written and performed by Joseph Connolly and Gabriella Padula, MUCK is their first production as FenCity Players.

Gabriella said ‘We met at university and discovered a mutual admiration for gritty working class drama, so decided to write our own. With MUCK we set out to create a play that is relevant to people, something that understands their real lives and to be chosen to perform the London premiére at Come What May Festival is perfect’.

Joseph added ‘The siblings have to cope with their own concerns and mixed emotions as they deal with the loss of their nan and issues around the tenancy of the flat, which has also been Kelly’s home - something that will resonate with many in London!’

At a January preview at Norwich Arts CentreJulian Swainson of Norwich Eye said ‘The performers and writers have created a powerful and moving play that is relevant and personal. It draws you into a complex family relationship that many of us will find familiarity with…MUCK is pure class!’

MUCK is the creation of FenCity Players, a new London/East of England theatre company committed to making socially significant work. It reunites Joseph Connolly with director Toby Clarke and sound designer Roly Botha, all of whom worked together on the Olivier Award nominated Warheads. Commissioned byNorwich Arts Centre and produced by LJ Hope Productions MUCK contains strong language, scenes of drug taking and adult themes throughout so is suitable for over 14s only.

£10, £15 Discounts available when booking multiple Come What May Festival shows 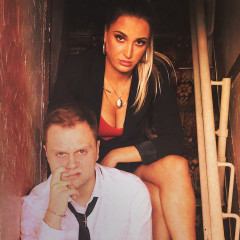 A play for today with a style that’s pure class as brother and sister confront their past to secure their future.  MUCK is new play that has been selected for a London premiere at the first Come What May Festival at Park Theatre, 12-14 May