How art, aliens and the Utah desert showcase the human propensity for hope

The year is 2020 and from your spaceship you let out a long sigh and roll your singular eye. You’ve watched the year’s events unfold at first with curiosity and then increasingly with pity. You feel like maybe everyone should have listened when all the Earth Scientists predicted a pandemic decades earlier. Still. What to do? You twirl around in your spinny chair, open up the GPS and set coordinates: Moab, Utah.

If the stories covering the viral Utah Monolith were buried too deep in your 2020 newsfeed, then let’s recap. During a sheep surveillance mission by helicopter, the Utah Bureau of Land Management discovered the Utah monolith on November 18 2020. Pilot Bret Hutchings called it, “about the strangest thing that I’ve come across out there”. Silvery and metallic, it stood in stark contrast against the red rock background: a perfect case of visual intrigue.

The structure in the southeast Utah desert was 10ft tall, triangular in shape, hollow with a plywood armature, and remained after its discovery for just 10 nights. Google Earth imagery showed it had stood in place since 2016. Monoliths also materialised in Romania, California, and New Mexico, disappearing again within a handful of days. The reflective appearance recalled Arthur C. Clarke’s sci-fi novel series Space Odyssey whilst the shape led many to believe it was the work of minimalist sculptor John McCracken.

However, it was the highly perplexing and spontaneous appearance and disappearance that provoked conversations, debates and yes, probably some conspiracy theories. Some news outlets interpreted its fantastical appearance as proof of extraterrestrial life. Others focussed on pondering the practicalities of its erection: who had trekked tools and 10ft sheets of metal across the barren desert? The sculpture was removed by a team one night in the desert, and we can in all likelihood attribute its installation to an artist, rather than green-skinned creatures owning the latest model of Flying Saucer™. So although the Utah monolith was not the work of aliens, this doesn’t diminish its power in capturing human awe.

Above all, the monolith showcased the unique human propensity for hope by allowing people across borders, languages and cultures to engage in a question as old as the Utah rock itself. Are we truly alone?

Artwork centred around intelligent life long predates the Utah monolith. From the ‘little green men’ of the 1950s to H.R. Giger’s gruesome xenomorph, artists and writers have enjoyed contemplating the physical appearance of extraterrestrial life. H.G. Wells imagined that, compared with humans, aliens would be hairless, small, have shrunken mouths, “but the brains grow… and the great soulful eyes.” Wells’ conception reveals both the power and limitation of human imagination.

The possibility of sentient beings existing cosmically is distinctly real, however, we can’t help but relate them to our own physiognomy. It’s perhaps telling that Wells, writing in 1893, compared his fictional aliens with human features. At that time we hadn’t ventured from Earth and seen the strange and wonderful colours, forms and shapes in Outer Space. In the same way, the ‘little green men’ abundant in popular culture during the first half of the twentieth century imagine aliens with four limbs, one head, and two eyes. Post-moon landing, H.R. Giger’s xenomorph is a direct contrast: animalistic, obscure, unfathomable. Arguably artists were able to find a new scope and breach the limitations of their imaginations after the 1960s when humanity became space-bound and the question – are we truly alone? – was no longer hypothetical.

We love the idea of providing answers to fundamental questions through both writing and visual culture. However, engaging with the various visual depictions of extra-terrestrial creatures arguably reveals more about us than it does about speculative space aliens. To continue imagining through painting, writing, film, sculpture the kinds of creatures who might meet us in space speaks not just to our want for hope, but our need.

In researching this piece, I came across the new docuseries ‘UFO’ by J.J. Abrams’ and Glen Zipper which – from what I have already seen – explores our fascination with UFOs. Zipper, a co-creator, admits that, “At the end of the day, our fascination with UFOs is rooted in hope. If UFOs were revealed to exist, that means their technology is so far in excess of anything we can understand. It would open the door to so many more possibilities for a brighter future.”

Ultimately, the Utah monolith is not abnormal in its unknownness. The unknown cultivates a radical hope, without which we wouldn’t be pondering the major mysteries of our time. Hope has been called many things in culture across the years: something worth fighting for, a waking dream, the thing with feathers. Surely hope is the desire for there to be more out there, which isn’t fuelled despite the suffering and cruelty of Planet Earth, but because of it. 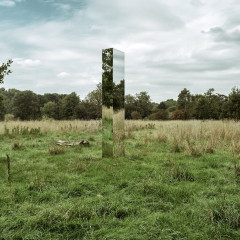 Close encounters of an artistic kind: one monolith and a quest for meaning

How art, aliens and the Utah desert showcase the human propensity for hope 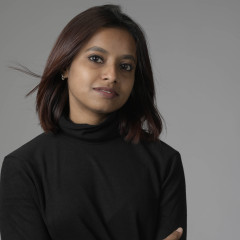