Father’s Day can be a time to show a male figure in your life a form of appreciation… it doesn’t have to be the one you were born with.

Another year of banners outside card shop windows and adverts reminding us of Father’s Day has been and gone. Yet, it's a little unsettling that I never know where to place my feelings when this time of year comes around.

The recurring gifts advertised on the TV each year are just slightly more modern each time. Why are they always blue? I am sure that “fathers” appreciate aftershave and a new razor, and the adorable mug that says “best daddy ever”. It's slightly triggering when you don't know where you stand at this time of year, and the same goes for Mother’s Day. All can be extremely sensitive topics as everybody's relationships are different when it comes to parenthood. Over the years, it’s become easier to understand that the mugs, the gifts, the cards, don't represent anything. They are just moments in time that are quickly passed and I try to walk past those shop windows as quickly as possible.

Growing up, I couldn't understand my friends that would dismiss Father’s Day. I thought it was pretty shocking that they wouldn't think much of it. As a child, spare moments would be consumed drawing images of my dad, with him next to me. I could recreate our days out in a perfect picture unaware of what this was internalising. I started glorifying Father’s Day. I thought it was an extremely special day, above all the rest. Again, when my friends would shrug their shoulders when I asked what they had planned for Father’s Day, I would take it personally. Floating between where I stood with regards to Father’s Day and my father figure in general.

The categories that make up the perfect family are pressuring to get right. I used to think that other art schools would judge the “single mother and me '' dynamic. This was in my head most of the time, but equally, school didn't always cover any other family dynamic. It was always a mum, dad, brother, sister and a pet dog or cat. Understandably, it had a rather negative effect, and I started to question whether my chances of having status or a voice would depend on the number of family members that I had at home.

My mother always used to put things in context for me, but it never stuck. I don't think I was ever actively listening when it came to my father. I had my fantasy about what it could have been, and I was numb to hearing anything else. This fixated vision that I had with my biological father completely disabled my ability to see who was there for me.

Bill and Bert, mum's childhood friends, played such a significant part in my childhood. They were, and continue to be, the positive and present male figures in my life. I would put them as my emergency contact on those official forms and rely on them because I know I can, not because there is an imaginary personality that I have creatively built for them. Mum wouldn't even suggest that she carries the weight of both fatherhood and motherhood but would say that as long as you have someone caring for you, that's all that matters.

The reality is that we can paint our own family tree. We live in a world now that is a little more accepting of “non-traditional” family dynamics. Through all of my days spent upset about my father not being present, my mum was there making sure I was okay. It can take  a while to realise that trying to fill each family label takes away from what is actually important. Whether they are a friend, a parent, another family member, a guardian, or something else, it doesn't matter. While these established days in the calendar continue to come around each year, we can shift our mindset to lessen the pressure. We  can collectively appreciate whoever may be there for you, regardless of their given title.

This year, I tried to think of the people who are here with me, when I passed those Father’s Day advertisements. I aimed to use it as a reminder of the people that I have, instead of the people lost. Changing a mindset is not an easy transition, especially when it comes to family. Even though I am trying to frame it as something positive, I actively did things that limited my consumption of all the Father’s Day reminders.

If Father’s Day is something that triggers you, you could break the cycle and consider the person you class as a parental figure. There are so many ways to change the day, but the most important thing is making yourself feel happy and content. Stay sensitive to others and remember, it is just another day in the calendar year. 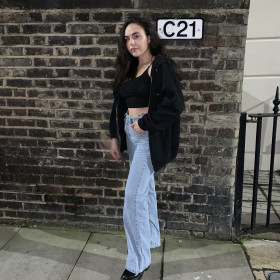 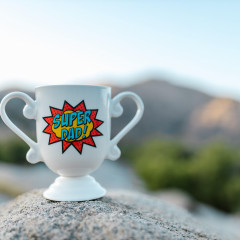 Father’s Day can be a time to show a male figure in your life a form of appreciation… it doesn’t have to be the one you were born with.