Voice MagBlogsMagic for adults in…

Literary prejudices and the charm of Harry Potter

JK Rowling has sold over 500 million copies of the Harry Potter series, and her play is coming up behind them fast with a record-breaking nine Olivier awards. But how does a book series, littered with dragons and wands, and evidently intended for a young audience, find international success in an adult-dominated market? How does it maintain its popularity amongst adults when other childhood favourites are tossed aside into the chasm of nostalgic memories?

Every showing of ‘Harry Potter and the Cursed Child’ is sold out months before its performance date. There is clearly something about the play which entices and delights audience members of all ages, and I sincerely doubt that there is an ‘imperio’ spell behind the success. Undoubtedly the play is a theatrical masterpiece, determined not to lazily rely on its brand name but instead pushing the boundaries of dramatic conventions. It manages to create a world onstage which has previously only been possible through million dollar special effects and post-production CGI. Yet it is indeed the brand name which draws in its audience, even if it’s the outstanding direction and production elements which leaves them satisfied and imaginatively fulfilled.

You see Harry Potter and his friends disappear into a phone box before your very eyes, you see flames fly and Death Eaters cry, yet it’s the heart of the story which fills the seats of the auditorium. So if the promise of magic and a welcome into a fantastical universe is enough to sell seats by the million, why have we always consigned fictional wizardry to the realm of the youth or the ‘nerd’.

The obvious answer is because fantasy is seen as childish, branded as unrealistic. And while science fiction and dystopia contain a sociological, philosophical element, fantasy is not as obviously academic. Even when the Classical authors – Ovid, Virgil, Homer and the like – composed pieces based on mythology, their readers believed in the truth of their writing to a certain extent.

The fact that we only consider a piece of work worthy of the title “literature” if it contains a degree of accuracy and intellect suggests to me that we have limited the scope of our imaginative endeavours. This makes Harry Potter a rebellion – a success despite its supposedly unrealistic yet clearly entertaining nature. But by gaining popularity it has legitimised the reading of works of fantasy by adults who would otherwise disregard this genre. And the fact that Harry Potter’s popularity has snowballed, suggests to me that we enjoy the unrealistic more than we may at first assume. The Harry Potter phenomenon demonstrates that the more marginalised genres do have the potential to become mainstream, bringing their imaginative prowess along with them.

Harry Potter proves that we should remove our stigmatised and snobbish approach to literature. Literature can educate and provoke, analyse and protest, but ultimately it can also be transportative. We musn’t restrict ourselves to only reading literature which is deemed noble and worthy by the academic world.

And so, as dictated by the simple play about the beauty and danger of magic, we must explore the fantastical, and embrace our inner child.

That child may not be as immature or as ridiculous as we at first think. 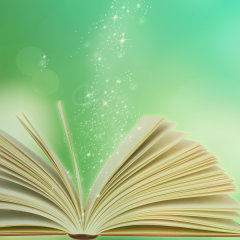 Magic for adults in the literary world

Literary prejudices and the charm of Harry Potter