Sommy Echezona has created an exciting new 5 episode webseries exploring the hardships of trying to break into the entertainment business. Within the interview we get to know the inspiration behind the plot starring an all-female cast.

“As Sommy’s sister I’ve watched her pursue a career in Musical Theatre and Entertainment from a young age, auditioning for numerous roles in a competitive industry. Recently, however there has been a shift. It appears that instead of trying to mould herself into parts that already exist, Sommy and her talented team are creating roles for themselves!”

Sommy, please introduce yourself to the readers and tell them a little about your show.

Hello I’m Sommy. I’m a bit of an anime addict, Viola Davis obsessed actress/singer. My new show ‘We’ll Be in Touch’ portrays the lives of 3 young actresses to forge their way into the industry, but they soon realise everything is not as easy as what it seems.

What was the inspiration behind ‘We’ll Be in Touch’?

The reason behind the creation of the show was to ACT! Jobs for myself and for most actors are far and few between. So, I wanted to talk about subjects that I am passionate about and give an opportunity to the people involved in this project including me to show what we can do.

Now you, Kristen and Jordan are the protagonists of the show. How did you guys meet?

Jordan and I met at our previous job at Kidzania...Those were the days no tea, no shade. And then we both met Kirsten from working at the Royal Albert Hall. Along with our other friends there we’ve all become quite a group.

Did you three come up with the idea together?

So, I came up with the idea last November. There’s a lot of time to think when you work at the hall. And then from December I began the writing process.

And when did you become certain you had to follow this idea.

When I became certain about following this idea was when I had written a few of the scripts (which some were trial and error) and had realised this is actually a good show. You love the characters but also get annoyed with them a few times and viewers love to have conflicting feelings about characters it keeps the drama! As I was writing the script, I realised how I wanted this season to end so it became apparent to me that I had to put it into production.

What do you hope ‘We’ll Be in Touch’ will do for those struggling to break into the entertainment world?

What I hope ‘We’ll Be in Touch’ does for those struggling is to firstly give a form of unity. At the end of the day every actor is in the same boat whether you get loads of jobs or not. Everyone has had a sense of rejection, so I hope this shines a light on that. Also, this show is not exclusive to actors it’s really for anyone. The overall theme of the show is perseverance while showing the times people get down about their careers that happens in any industry.

What made you decide to base the plot on an all-female cast?]’/

I decided to use an all-female cast as I found the things I was writing were struggles of actresses or happen more to women so that is why I asked the girls to be in it with me.

Can you be more specific about the challenges facing women in this industry?

The trials women face in the industry is constantly being body shamed, asking to fit into costumes size 6-8 when they can make a new costume if they’re hiring someone. Abuse of power which happens not just in this industry but many others- asking women to act more sexy or to dress more sexy or even invited to an audition that’s not real and ask you do things you aren’t comfortable with. These are the reason movements like Me Too were created so that we prevent more situations like these and speak up about it.

Does your character go through these struggles? Is she based on you or is she different to you?

My character Melody is based on me, all the characters are based on the girls as I wrote it around the stories we were telling each other and our personalities. However, each character is a VERY exaggerated part of ourselves.

How autobiographical is the script?

This script is not autobiographical at all apart from similar personality traits and some of the stories used in the show. The show is very much fiction but mixed with Home truths that mostly everyone would have experienced sometime in their lives

Give us an example of the worst audition you’ve had to give readers a taste of what your characters will go through?

Don’t wear shoes you can’t walk in. I made that mistake years ago because they say or used to say in musical theatre you need to wear heals for your auditions and I wore six-inch heels.  So basically, I was nervous for the audition and my feet were a bit sweaty, so I was slipping and sliding in the shoes. Afterwards when I finished my audition the casting directors said thank you, but next time only come if you wear shoes you can walk in. Yep I was embarrassed.

Tell me more about the characters, what is the dynamic between the relationship of the three women and does it mirror your dynamic in real life?

The characters are friends but the act more like sisters always poking each other’s buttons but always giving support to each other along the way. And they aren’t afraid to show their crazy sides to each other. This does reflect our relationship in real life as we tend to act like fools in front of each other!

So, when can we expect to see We’ll Be in Touch on our screens?

It premieres Sunday the 4th August at 7pm. The trailer is already out so go watch!

And where can our readers find you guys on social media for more info and behind the scenes clips? 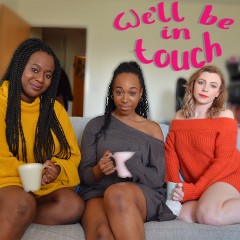 Interview with Sommy Echezona Creator of a New Webseries

Sommy Echezona has created an exciting new 5 episode webseries exploring the hardships of trying to break into the entertainment business. Within the interview we get to know the inspiration behind the plot starring an all-female cast. 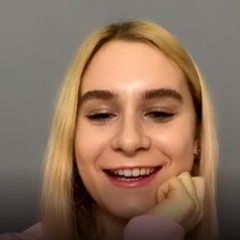