Following a break from the spotlight, musician and artist Giovanna returns with 'Young Heart Player', an alt pop track peppered with synths and emotion.

‘Young Heart Player’ welcomes in a new era for alt pop musician and artist Giovanna. The track’s down to earth lyrics and driving melodies create a song that is as relatable as it is infectiously catchy. Written about boys who break hearts, ‘Young Heart Player’ is a gutsy track that decries the actions of these men.

Its powerfully commanding lyrics provide an opposition to the ethereal instrumentation, and the track’s pulsating rhythm section gives it a driving pace. It is a song interested in the human condition, and there is highly personal vibe to it meaning that the song it felt as much as it is heard. It documents that relatable moment of heartbreak in a fresh and different way.

Giovanna has been waves in the industry since 2011 when she released a run of singles that garnered critical approval. Her striking vocals and understated alt-pop vibe instantly grabbed the attention of fans and industry tastemakers alike, and she has been building a following ever since then.

‘Young Heart Player’ catapults Giovanna back into the spotlight, and it is set to reach and succeed the success of her previous releases. Listen to it below. 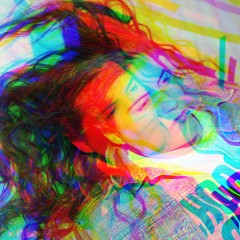 Giovanna: A Masterclass in Alt. Pop

Following a break from the spotlight, musician and artist Giovanna returns with 'Young Heart Player', an alt pop track peppered with synths and emotion.