Voice MagBlogsAbstract Art: Is It…

Abstract art is often viewed as just paint thrown at a canvas, but really, where do we draw the line between art and nonsense?

During the emergence of contemporary, postmodern and modern art, the world has seen artists such as Mark Rothko, Barnett Newman or Jackson Pollock take the contemporary art world by storm. Exploring the artwork that these artists created, it begs the question, can we consider this a piece of art? In order to answer this question, we must first define art itself, and what it means to be an artist, as well as what defines abstract art.

Art is a very individual thing, and the definition may change from person to person. For me as an artist, for something to be considered art, it requires creativity and skill, as well as being able to evoke some strong emotion within me, whether that be through relating to the context of the piece, feeling a strong connection to it, or simply enjoying the piece aesthetically. For another person, art might mean being able to visually enhance the look of a room (i.e. for decoration) or being interesting to look at. Perhaps art has to be innovative for you to really call it art? This is where it gets tricky to draw a line on what is and isn’t art.

Abstract art is generally taken to mean a piece of artwork that doesn't represent it’s subject matter, or is not about any subject mater at all just about the paint itself. The distancing of an idea from the subject is the overall theme of abstraction and nonrepresentational art.

Mark Rothko was an artist in the 50’s and 60’s, generally considered an abstract expressionist. He was best known for his paintings of soft rectangular shapes, in which he used colour to provoke emotion within the viewer. He wanted you to view his paintings from a wider perspective rather than focus on the detail. An example would be his painting ‘Orange, Red, Yellow’, a simple red background with yellow and orange rectangles on top. This piece, working to the definition I gave earlier about what I consider to be art, is not art. It does evoke a strong emotion within me – even if that emotion is frustration. It could be argued that there is creativity within this piece, but I would argue against it, however this piece requires little to no skill. This painting, and many others of Rothko’s, did not need any technical knowledge of art to execute, just a brush and paint. To argue that for something to be art, it doesn’t need to be skilful would be a foolish argument, as for anything to be a “good” version of that thing, it must be executed with a technical knowledge and a true “ability”. Mark Rothko was undeniably an artist, he did create something, but through my eyes what he created was less art and more just controversy. If people are talking about it, someone will want to own it. This piece sold for over £50 million.

Richard Hamilton was an abstract artist who is often regarded as one of the founders of pop art. He used a very wide variety of techniques, although is most known for his works in collage. His art uses a variety of skills (for example, knowledge of composition, or colour theory to create a cohesive colour palette), is creative and also incites an emotional response for me. I personally enjoy his art, it may not be my favourite, but I cannot discredit it for it’s aesthetic value. For me, as an artist, the work of Richard Hamilton does undoubtably constitute art.

At this point, we have explored the subjectivity of art and its definition, and seen the two sides of abstract art through my eyes. Obviously these artists are very different, but the question still stands, where is the line? When this thought first arose I thought it was clear where the line was, but having done more research the line has become blurred. A lot of abstract art is less than art, if we go by the definition I gave earlier, but there are a lot of pieces that do fit into that category very nicely. Some artists don’t quite make it into either.

Henry Moore, an artist who used a wide variety of mediums to convey his messages, anything from sculpture to simple graphite. He is an artist who walks that fine line for me, his creativity is obvious, his emotional impact is clear, his skill is blurry for me. He can clearly use a variety of mediums and use them well, however his depictions of his subject matter are off, and for me, don’t feel like the work of a skilled artist, a lot of his drawing are great, but his sculpture really does walk the line. I don’t think they are the outstanding pieces of art people claim them to be. A lot of his sculptures are just shapes and blobs. The thing that makes him appealing to so many people in my opinion is his history. His time spent in the war shows in some of his artworks, and I think that this draws people in. Most people have never experienced a war, and have never seen what it can look like, so being able to see small parts something so horrific through somebody’s art is interesting to most people, the same reason we like to look at photographs of wars, or watch documentaries. His work not only being about the war, but being somewhat abstract (some calling it unskilled) created a mild controversy, two heavy subjects with very strong feelings attached to them combined into one.

So, why do people buy the art if it has no meaning or no skill to it, or if it is uncreative? As I mentioned earlier, if it creates controversy people will talk about it, and if people are talking about someone will want to own it. Abstract art such as the likes of Jackson Pollock or Mark Rothko might be considered pretty by someone, and someone might want it, but because people have this debate over whether it’s any good or not, it drives the price up. You don't necessarily need skill to create a controversy (look at the Black Square by Kazimir Malevich), in fact a lack of skill would probably help. Controversy sells, it’s that simple. 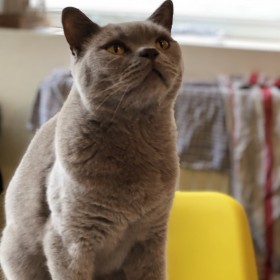 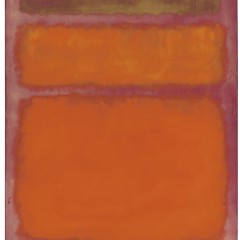 Abstract Art: Is It Really Art?

Abstract art is often viewed as just paint thrown at a canvas, but really, where do we draw the line between art and nonsense?