Why do some people consider that music it is not of equal value to a science or geography? Is it a soft option?

There is a lot of debate around subjects and with finances tight which are the best ones to choose and which not to choose. Schools are also thinking about which subjects to fund and run.

In my school GCSE Drama is no longer offered. This is a bitter blow for a lot of people who benefitted from it as an aid to their study of English as well as their public speaking skill development – key in a wide range of later job roles.

I could argue that going forward we don’t just need scientists or mathematicians. The world will also need graphic designers, artists, engineers with an eye for design, problem solvers, publishers, editors, illustrators, photographers, historians, writers and a myriad of other art- based careers. But this will not convince the funders. In the wake of the EBacc music has been classed as a non- academic subject but is this fair?

John Last, Chancellor of The University of Norwich said, “The aim of education in the past was to offer a balanced curriculum of arts, humanities and sciences but the introduction of the English Baccalaureate in 2010 set us on a path where creativity falls outside the ‘core’ of our children’s education.”

The consequences of this apparent “downgrading” (Ward 2017) of creative subjects are already being felt – in the choices pupils make about their GCSE options, in the practical creative skills they develop during their education and in the difficult decisions head teachers are making about funding and resources.”

Schools naturally tend to favour EBacc subjects (English, Maths, Science, humanities and languages) but is this true that music does not fall in this select group and is not worthy?

In general, arts- based subjects, are perceived as being less important when compared to the traditional academic subjects perhaps because they are considered as not contributing to society in quite the same way.

Taking the definition of an academic subject as a scholarly pursuit, rather than one that is technical or vocational, music has got to be an academic subject. Most people only think about Performing and Composing when they think of Music, but it is much more than that.

The study of Music has been around for many hundreds of years.  Treatises on music theory (in its original sense, rather than Italian terms) can be found from as far back as the 4th century. There is a long tradition of music theorists analysing and writing about music.

One of the benefits of going to an Independent or Grammar school, when there was no comprehensive system, was the study of music, the focus being on the theory and listening and not performing. This has been a relatively new addition designed perhaps to make the content more interesting Performing, was seen, as an extracurricular activity. At Secondary Modern schools, Key stage 3 lessons of the time were practical: performing (often singing) and composing. They led to CSE Music- a largely practical exam.

Post-A-level options for the grammar school students were typically centred around an academic music degree studying music history and analysis. It is noted that in the 1930’s it was possible to go to university and get a degree in music without ever picking up an instrument.

In the change to GCSE some academic content was lost which has been restored in the recent reforms. However, with the emphasis on messing about on keyboards – not the intention but how it is in my school, in the years 7-9, the A-level study is a massive shock.

It is interesting to note that Music is on the list of acceptable A level combinations for Trinity College Cambridge – more suitable in fact Art, Drama and even Politics. I think that Music has within in its own language and the study of History involving detailed essay writing, analysis and thinking skills.

I would, therefore, agree with the claim that “Music is a multifaceted and potentially academic subject, as well as one which involves performance, composition and improvisation. Not only will you be able to develop your musical skills to a high level, but you may be able to learn about the inner workings of music through music theory or probe the cultural richness of music in the European tradition or non-western music through music history, musicology and ethnomusicology. You will have learned to perform, present your ideas, and to organise and realise written or practical projects.” (Guardian 2008)

So, whilst it can be argued that by teaching science, students can help cure illness and save lives, music brings a different dimension by helping people forget about the problems in the world, triggering memories and developing us as emotional beings maybe as well as people who can invent, perform and analyse. 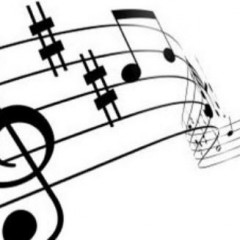 Is music an academic subject?