Voice MagBlogsCountry in the UK

The popularity of country music is constantly growing and reaching a wider audience, including the UK.

Whether you hear it on the radio or see it on a billboard, there is no denying that country music has made its way to the UK and its popularity is incredible. Some years ago, country was often regarded as a little bit of a "joke genre" with cowboy boots and rhinestones that a lot of Europe just "didn't get". However, it is clear following the popularity of Country 2 Country that over the past 5 years, country music has burst onto the scene in Europe and particularly in the UK.

Country 2 Country Music Festival first came to the UK in 2013 with headline artists Tim McGraw and Carrie Underwood. Although the festival itself did not break even, the artists and audiences had a great time and the buzz was already on its way back to the capital of country, Nashville. Slowly but surely the festival grew to the enormous event it is today, a powerhouse of country music in the UK.

Going from a one night event to a three-full day festival is a huge improvement in four years. Now with three countries, several stages, three full days of music and artists from all branches of Country, C2C's popularity is undeniable.

With the reputation spreading around Nashville, more and more artists want to take part and the list of performers extends each year. Only a few years ago, the UK was never considered when country artists planned their tours. Now it's a must-go-to stop.

With modern pop country spreading through the charts thanks to artists like Carrie Underwood, Kelly Clarkson and Taylor Swift, the younger generation of music lovers are being exposed to a type of music previously unattainable here in the UK and they are loving it. Popularity for the more traditional country continues to grow, albeit at a slower rate than its more modern sister, as people follow their curiosity to the roots of this new genre.

Artists like Sam Hunt are leading the progression into this new genre, developing from their original country style into this new country-pop and reaching out to a brand new audience, growing the popularity further than ever before. As more influences from not only America but around the world leak into country music, there is a chance for the audience to grow even further as they hear something that may appeal to them more than the traditional tracks of Billy-Rae-Cyrus and Garth Brooks. With artists like Seth Ennis being welcomed into the fold this year, there is a new smorgasbord of music that combines influences from traditional country and the modern world of Asia, areas of Europe and the rest of the globe.

"Country has always been really great at telling stories and talking about life but, I do think it's become a little more broad in its influence." - Carrie Underwood, C2C 2016

The artists loved the energy this year and were so amazed that we as a UK audience will sing and dance along and know their lyrics by achy-breaky-heart. With the audience so energized and the artists so pleased, it's not surprising that country radio stations are continuing to pop up all over the UK and Ireland and the artists continue to come back for more. 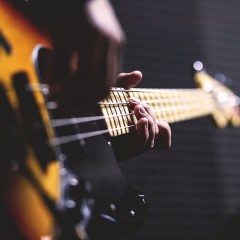 Country in the UK

The popularity of country music is constantly growing and reaching a wider audience, including the UK.