The #metoo hashtag has sparked dozens of allegations against big names in Hollywood, but when the legal system can't adequately deal with this, what can the industry do?

A trickle of domestic abuse and assault allegations over recent years, have in recent weeks turned into a full force tsunami within the industry as #metoo has revealed the widespread scale of these crimes in the industry.

Despite allegations, and sometimes even substantiation, we continue to celebrate Johnny Depp's exploits as Captain Jack Sparrow, Woody Allen continues to be lauded in award ceremonies and we will likely carry on finding Ed Westwick's Chuck Bass incredibly attractive in nostalgic reruns of Gossip Girl (which is troubling in its own right given the character's questionable history). The only real consequences that anyone seems to have suffered are courtesy of Netflix axing House of Cards lead Kevin Spacey after a number of allegations arose. However many on social media have noted that on this occasion the victims were male. This may be a jump to conclusions - as a particularly liberal organisation which directly pays Spacey's salary, Netflix was always more likely to take a harder line, and there is little they can do about other actors and producers who they have no control over.

The BBC shortly followed suit, pulling Westwick's Agatha Christie drama Ordeal by Innocence, until the allegations against Westwick have been investigated. But both companies have received backlash - with members of the public believing that these actors should not be punished until allegations are proven in court. 'Innocent until proven guilty' is a phrase that she has been bandied about frequently.

However, the fundamental problem with this is that, particularly with sexual assaults, it is almost impossible to prove a crime has taken place.  Even if forensics can prove intercourse took place, there is no way of being able to tell whether a victim consented at the time. This also ignores the fact that many assaults leave no trace and don't involve intercourse. These crimes are notoriously under-reported and under--prosecuted, and even if a case reaches court, sentences are often laughable (see Brock Turner). Moreover, as sexual assault is a disproportionately gendered crime, the man is usually framed as innocent and the woman as a 'slanderous, lying *insert expletive*.' No wonder women don't want to come forward. When a man who can survive these allegations, not to mention public leaks of horrendous misogyny, to become president, it truly proves that these allegations are not being taken in anyway seriously.

At the end of the day, if we choose to believe the offenders and not the victims, they will keep getting away with it. While some don't like the actions of the industry Spacey and Westwick have lost comparatively little - realistically they are unlikely to face legal comeuppance for their actions. If examples of Polanski, Allen and even Depp are anything to go by they may well be forgiven and could to continue enjoying success after this storm dies down. The victims on the other hand, could well be living a life full of trauma, so the actions of the industry might be the little justice they ever receive.

Too many people seem to conflate the legal premise of 'innocent until proven guilty' with reality. But the truth is that millions of criminals walk free and go undetected every day, it is naive to genuinely believe that someone is only guilty of a crime if they are found so in court. We desperately need to start changing attitudes but if the wider public, including even those of us with the best intentions continue to support the work of these actors, and the justice system is not taking good enough action against the issue, then what can we do?

We can start changing attitudes. We can start believing victims stories. Netflix and the BBC are giving actors in the industry, and the public, a hard, and much needed lesson about what is acceptable. So while I'm personally gutted that no Agatha Christie will be hitting our screens this Christmas, I laud the BBC's decision to pull the show. Other companies could seriously learn from this, and hopefully, if they do, it will become commonplace to condemn assaults when allegations arise, rather than defend the accused. Eventually, if in a very long time, this might foster a culture where sexual assault is far less prevalent, because eventually, if we believe their victims, predators will stop getting away with it. 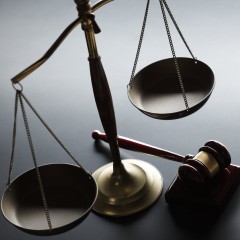 Innocent until (not) proven guilty

The #metoo hashtag has sparked dozens of allegations against big names in Hollywood, but when the legal system can't adequately deal with this, what can the industry do?