Child actor Abigail Eames has graced our screens in Mr Selfridge, Casualty and Doctor Who, and she hasn't even left school yet! We spoke to Abigail, who plays Ajay Devgn's daughter in the new Bollywood thriller 'Shivaay' as she returned home from filming in India.

Hello my name is Abigail Eames, I'm 13 and live with my mum, dad and older sister. I have been acting for 4 years. I have appeared in Dr Who, Casualty, Mr Selfridge and other programmes for Sky.

What does the 'Shivaay' project mean to you?

Being introduced to India and its many customs; beautiful people and lots of hard work! Amazing experience working with such a good cast and crew. It took a whole year to film Shivaay! I got the job by doing a self tape at home which was sent over to India, and they liked it so we were asked to go to London for an audition which was recorded again and sent again, so I had another audition but on Skype with Ajay and his time and then the next day I had the job! The set had a lovely family feel and the project was a great rollercoaster experience to work on.

What inspired you to first pursue acting?

I attended a Theatre workshop once a week and it had an agent attached and I was asked to join the agency and that's where the journey started. I've been with Mark Jermin Management for four years.

Outside of acting, what do you like to do with your time?

I enjoy spending time with my family and friends. I have a ukulele which I'm trying to teach myself! I love doing hanging out with my sister and going to the cinema a lot. When acting I sometimes miss seeing my friends at school, but I have a tutor to help me keep up with what they are learning.

Have you encountered Arts Award before? Is it something you would like to embark upon yourself?

I haven't encountered Arts Award but looking at the website it looks great, it will help young people to express themselves throughout the arts and become more creative individuals. 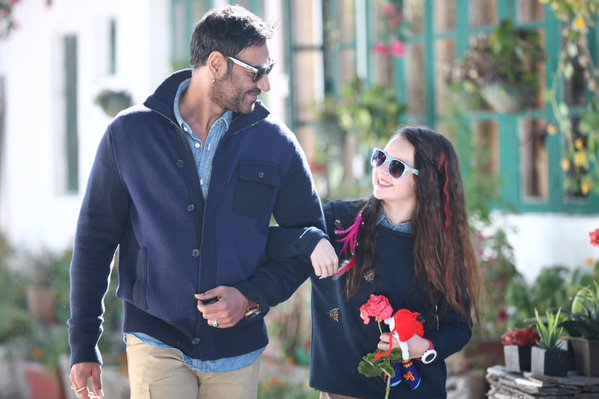 If you could work with anyone, living or dead, who would you like to work with?

I would love to work with Johnny Depp his work is brilliant and I enjoy watching Tim Burton's work.

Would you ever consider theatre in the future?

I think theatre would be very challenging but a rewarding experience, it's something I may look into in the future. I've started auditioning again so we will have to see what happens, as we never know what any audition could lead to.

What is one thing you love about your work?

Filming introduces you to lots of new people, experiences and locations. I worked with Ajay Devgan on 'Shivaay' and we became great friends, which helped on set to show our closeness as father and daughter. I met all of his family too which was fun! We filmed in both India and Bulgaria so there was a lot of different cultures to take in and experience, which was fascinating as I would love to explore them more in the future.

What are the bits you don't like or find challenging about acting?

Being away from home for so long was really hard, I missed my school friends. When I was filming 'Shivaay', I had to have Hindi lessons to follow the script which was a challenge but practice makes perfect. Being on set was different, as the film sets and crew were so large, there were lots more cameras around- which took a little while to get used to.

Stay positive, work hard and don't give up! You can do whatever you set your mind to and the one day you stop, you will never know what you could have achieved.

For more advice on becoming an actor, visit Creative Choices. 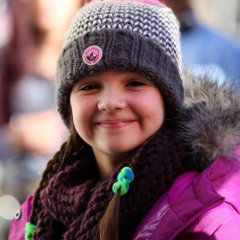 Child actor Abigail Eames has graced our screens in Mr Selfridge, Casualty and Doctor Who, and she hasn't even left school yet! We spoke to Abigail, who plays Ajay Devgn's daughter in the new Bollywood thriller 'Shivaay' as she returned home from filming in India.