As we kick off Arts Award Week, the theme of which is Our Creative Future, our Youth Network share their creative pasts, and the paths they've taken to get to their current positions; as young, successful, creative explorers.

Hi I'm Shannon. I am 20 years old and a Sussex girl. I like takeaways, walks on the beach with my dogs and a good movie. Me in a nutshell…. Anyway, on with the job at hand.

I am sure many of you reading this will have a dream, a goal, an ambition that you want to turn into a reality/career. Well my dream is to train at drama school and become a professional actor which I know will be hard but I have been bitten by the bug and it's what I want to do on a full time basis.

I want to share my journey with you (even though it is far from over) to give you some ideas of how you can achieve what you want, or at least get a bit closer.

When I was in high school I did my standard GCSE's choosing Music, German, Drama and Dance. Even though it was a tough period (exam stress is the worst) I actually had a pretty good time. I knew then that I wanted to be an actor and I tried to get involved with as much extra curricular activity as I could that involved performing arts. This really helped build up my confidence and I started to notice my strengths and weaknesses. I was also involved with a theatre group on a weekend which was an added bonus and gave me the opportunity to perform on a professional stage. Even though this was great I felt I constantly had to choose between my education and what I wanted pursue which is always a hard situation to be in. Looking back I definitely put my education first as I could have done a lot more performing but I chose not to as it interfered with school. Now, everybody's journey is different but I thought at that time there was plenty around for me to be getting involved with. I think you have to look and see what is available to you, without overloading yourself. You need to find a balance.

I then went to college and got my A-levels and then did a Level 4 HNC in Performing Arts. This is where I really started to focus on my career. I had received my grades and got through school/college so it was now the time to branch out and really find out what was available. I tried to do as many plays as possible with my course as well as outside and I auditioned for drama school for the first time. Anyone going into acting or any type of performance knows what a hard industry it is to crack and I think even though people told me this I was still naive to the fact. When I didn't get in it was a shock to me and I started to panic: What am I going to do next year? What if I'm not good enough? These questions may run through your head at some point in your life. I am telling you now; you will be ok! Sometimes things don't go to plan but it helps build character, and you as a person.

So I had no plan, but I started to look for jobs. I needed a full time job but it had to be linked to performing in some way…hmm…what could I do? Out of curiosity I looked on the Chichester Festival Theatre website to see if they had anything going as I had been in their Youth Theatre and had become a young practitioner assisting with sessions. I noticed that they had apprenticeship's going. I applied. Got an interview. Wasn't sure if it was for me as I wouldn't have time to do performing. Got another interview. Got offered the job. Took the job.

Best decision of my life so far!

I am currently Education Apprentice at Chichester Festival Theatre. At first it was hard as it was completely different to anything I had done before and working in a professional theatre is very daunting, but I soon got the hang of it and now my eyes have been opened to other opportunities within the arts. Before I started I was very narrow minded in that I wanted to stick to acting and I didn't want to think of anything else. I thought if I did I would be giving up on acting but what I didn't realise is that I can have skills that have nothing to do with acting but they can still support me with my acting; sounds complicated.

I think one thing I have learnt is to enjoy the process of learning new things and making mistakes because these experiences can be vital in preparing you for your career and even in life. It took me a while to accept that I may be good and interested in things like project management, administration, facilitating, producing, directing - all of which are linked to the arts but having these skills has given me confidence, maturity, a taste of working life, discipline, routine and most of all, an insight into how a theatre is run.

Look for opportunities that maybe aren't doing exactly what you want to do but are linked in some way, it may help you more than you think. 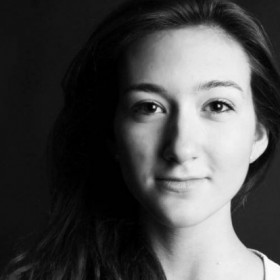 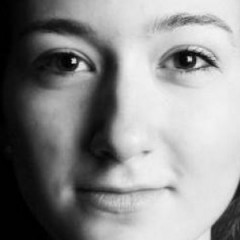 My creative past: Shannon Hay

As we kick off Arts Award Week, the theme of which is Our Creative Future, our Youth Network share their creative pasts, and the paths they've taken to get to their current positions; as young, successful, creative explorers.