Is British popular culture the best in the world? I heard four leading names from the arts and culture scene battle it out over whether we can lay claim to this.

This was a very different event, set up in a classic debate format, taking me down memory lane to when I was in debate club. Broadcaster Mark Lawson chaired with the motion 'This house believes that British popular culture is the best in the world.' Arguing for was historian Dominic Sandbrook, author of The Great British Dream Factory, and he was seconded by David Lister, Arts Editor of The Independent. On the opposing side was academic and writer Professor Sarah Churchwell, seconded by playwright Bonnie Greer, who are both from America but now have British citizenship, adding an interesting aspect to the debate.

The proposing argument focused mainly on British success, the rise of Adele, The Beatles, the reach of the Bond series, Sherlock Holmes being the most portrayed character, and of course Shakespeare, with the argument admittedly offering a very impressive list of 'bests' and 'mosts' from the British Isles. The history of Empire and relationships to other countries also came into play early on, and at first I could follow the argument, though I was still skeptical on this aspect.

The opposition questioned the entire premise of the debate: What is popular culture? What is 'Britishness'? They poked a hole in the notion that anything could be considered British as it takes influences or ideas from other cultures. Sarah Churchwell passionately fought against the idea of having these boundaries, claiming this kind of 'nationalistic' view is unhelpful, limiting and just doesn't work. Making equally valid points Bonnie Greer points to examples from a single city, debunking the Britishness of several examples by tracing their roots or influences back to Chicago. While both arguments worked well against the motion, and were both incredibly interesting, they did almost risk conflicting with each other, in one sense debunking the myth of nationalism while also arguing that America's culture is actually better.

However, it became apparent that this wasn't an issue, with the Proposing side defaulting back to key examples like The Beatles, Bond and Shakespeare, which were soon proved to be incredibly problematic in terms of where they sit in either popularity or contributing to a sense of Britishness. Equally, in a key moment of cherry picking, they left out TV which, with Netflix has to be one of the biggest markers of popular culture today, and one which it is clear that America wins hands down, with Churchwell claiming The Wire, The Sopranos, Game of Thrones and Breaking Bad then conceding 'I'll give you Downton Abbey, you can have that.' Perhaps a little unfair, as we do have some great TV but it was clear that there was no competing with the offerings from across the pond.

The audience were incredibly engaged and as passionate as the debators, making their own points, asking provoking questions of both sides and furthering the discussion and development of the issues being covered. Coming to the end of the debate, a winner needed to be chosen, and Lawson invited the audience to voted, to which we were actually a little surprised to find that were overwhelmingly against the motion. The event was really fun, incredibly thought provoking and a really entertaining way to think about these very current issues in the arts world. 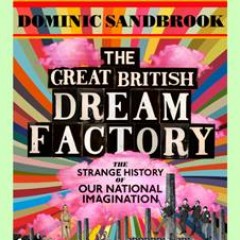 Is British popular culture the best in the world? I heard four leading names from the arts and culture scene battle it out over whether we can lay claim to this.