You may not be familiar with ambient music, but once you listen to Le Code, you'll realise you cannot live without it anymore!

Le Code is a French ambient producer who likes to explore different genres, from atmospheric to electronica. He started making music back in the early 2000s and experimented throughout the years: rock, electro, trip-hop, techno - You name a genre, he did it!

This led him to focus solely on electronic music and to create 2 labels named Apnea and Mare Nostrum. He released his second full album last month, 'Into The Wild', dedicated to nature. Le Code chose elements of field recordings for each of the tracks and gave them a particular destination: the forest, the seaside, the desert... Everything is related to nature and he truly invites us on a journey.

Talking about his background, Le Code says: "I've always been attracted to deep music: ethereal, steamy sounds, with or without subtle beats, etc. It's really in 2020 that I discovered ambient and decided to make it my favorite style. As time goes by, I realize that it is the music that reflects me the most and for which I feel a joy to have composed each piece. In parallel, I make ambient videos where I marry synths and pedals."

Listen to 'Into The Wild' above and connect with Le Code here. 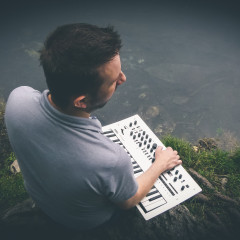 You may not be familiar with ambient music, but once you listen to Le Code, you'll realise you cannot live without it anymore! 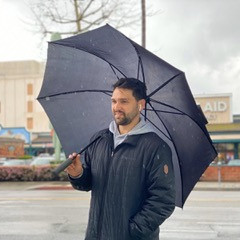