The graphic novel is set to be released in splits of several issue gritty noir books which follow a bleak and dark future where humanity is nearing its demise and all rules are off the table, testing those who survived and their remaining humanity.

Following the main protagonist ‘Rhieu’ and his accomplice the story is set in a dystopian future not very long way off, or a utopia for those with no humanity left within them – the art style is inspired by 2000 AD, James O’Barr’s “The Crow”,  and late 80’s and early 90’s comics with atmospheric instances coming as if the book ‘Roadside Picnic’ by authors Arkady and Boris Strugatsky had come to life.

The graphic novel is set to release on its official Vagrance website in parts throughout the forthcoming year.

“I wanted to make something different than the rest – I believe self-publishing avoids most constrains a label can put on creative work, as someone from a business background as well, the market will decide whether it’s something they want more of, or not. It’s a passion project of mine, and something I wanted to do for a long time. Whether it goes somewhere or not, we will see – I’m just excited to have it release after spending so long on it.” Terry commented.

There are only 6-pages available right now to view, being released to see whether readers like the art style and the story direction. Terry is well known in the movie and music sphere for his marketing prowess and skillset, working on some of the biggest blockbuster releases in the last decade and as of recently becoming a founder himself of a startup based in the United Kingdom and the United States, Online Shop which had seen expansive growth over the last year with a new software-only version launching soon.

Terry had released a preview of the graphic novel onto his official Instagram, noting that the greatest achievement so far is getting the book to completion, making it the “most sentimental and greatest accolade” in his illustrious career so far.

There have also been rumors circulating that the graphic novel’s artboard design has peaked interest of studios looking for fresh and new intellectual property to translate into film, tying Terry’s fields quite nicely.

“I think it would be nice but I don’t think it’s at the stage for any adaptations. There has been interest from few big time studios, and I had numerous calls with friends who work on DC and Marvel franchises who told me, this would be a perfect original IP to do something with. But I want to fully flesh out the book, or series of it, before transferring into any other mediums. I’m trying not to treat is a commodity and as a passion project, looking to build a community and a following of people who love to read, debate and of course recommend to others. I was inspired to self-publish due to the popular releases of Metro 2033 and Romantically Apocalyptic, which I’m a massive fan of. I think my experience in the creative field, production and general business is a good mix to identify prospects for a beautifully fleshed out story without being overbearing – what can work as an offshoot that the fans would love to explore further, what can be merchandised to continue independent publishing without going to a studio, and so on.” Terry added.

In a sea full of rehashed and rebooted content a new original property from such a young industry veteran is refreshing to see. With such a story it would be an interesting addition to DC’s lineup of gritty noir books such as The Sandman and Watchmen. 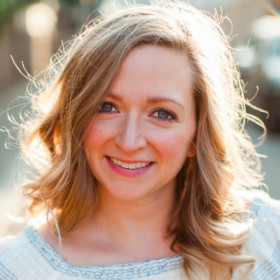 I'm a freelance writer and content creator who focuses on culture, media, technology and entrepreneurship. 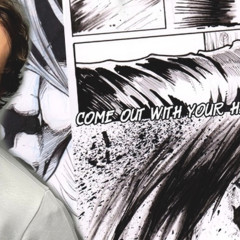