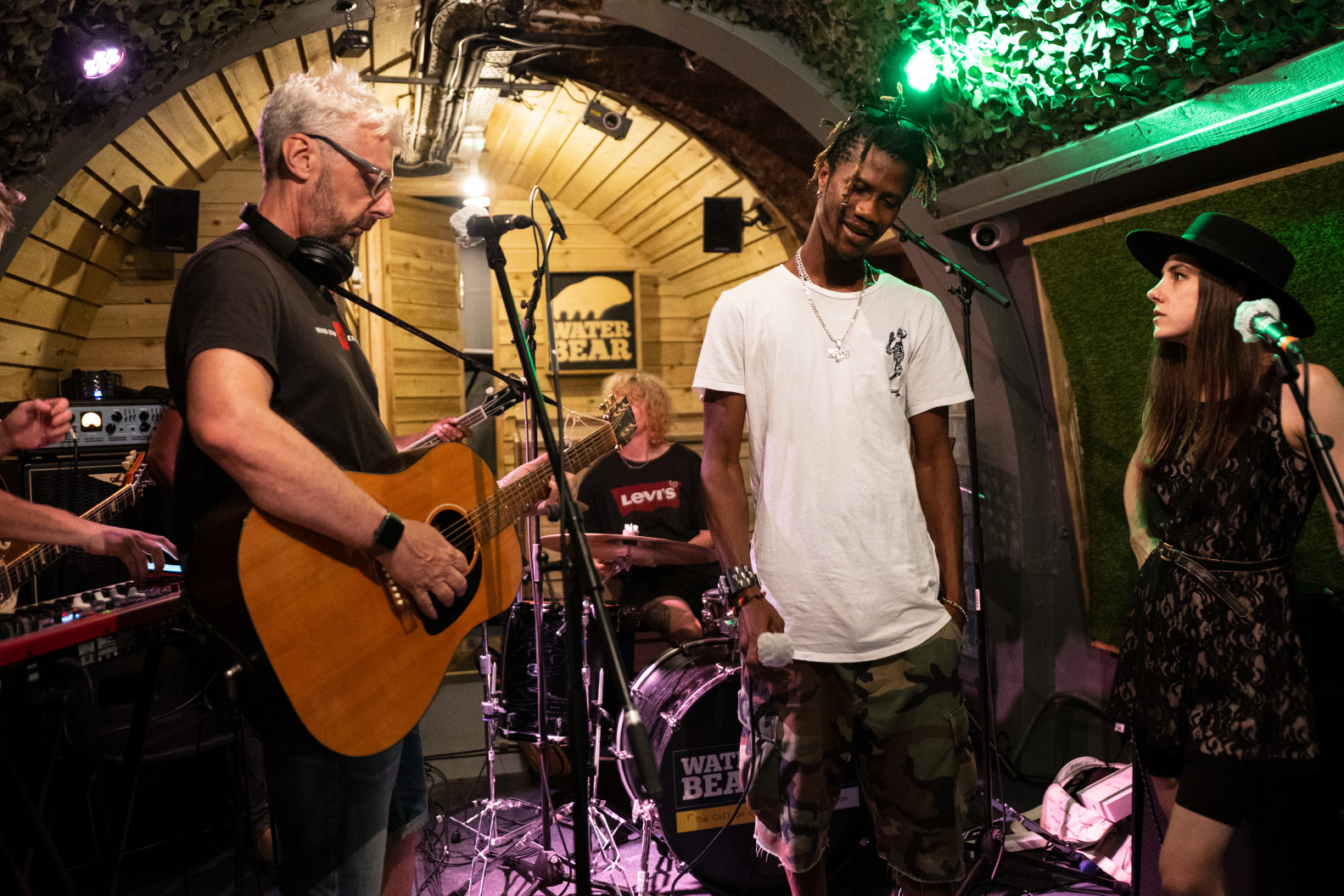 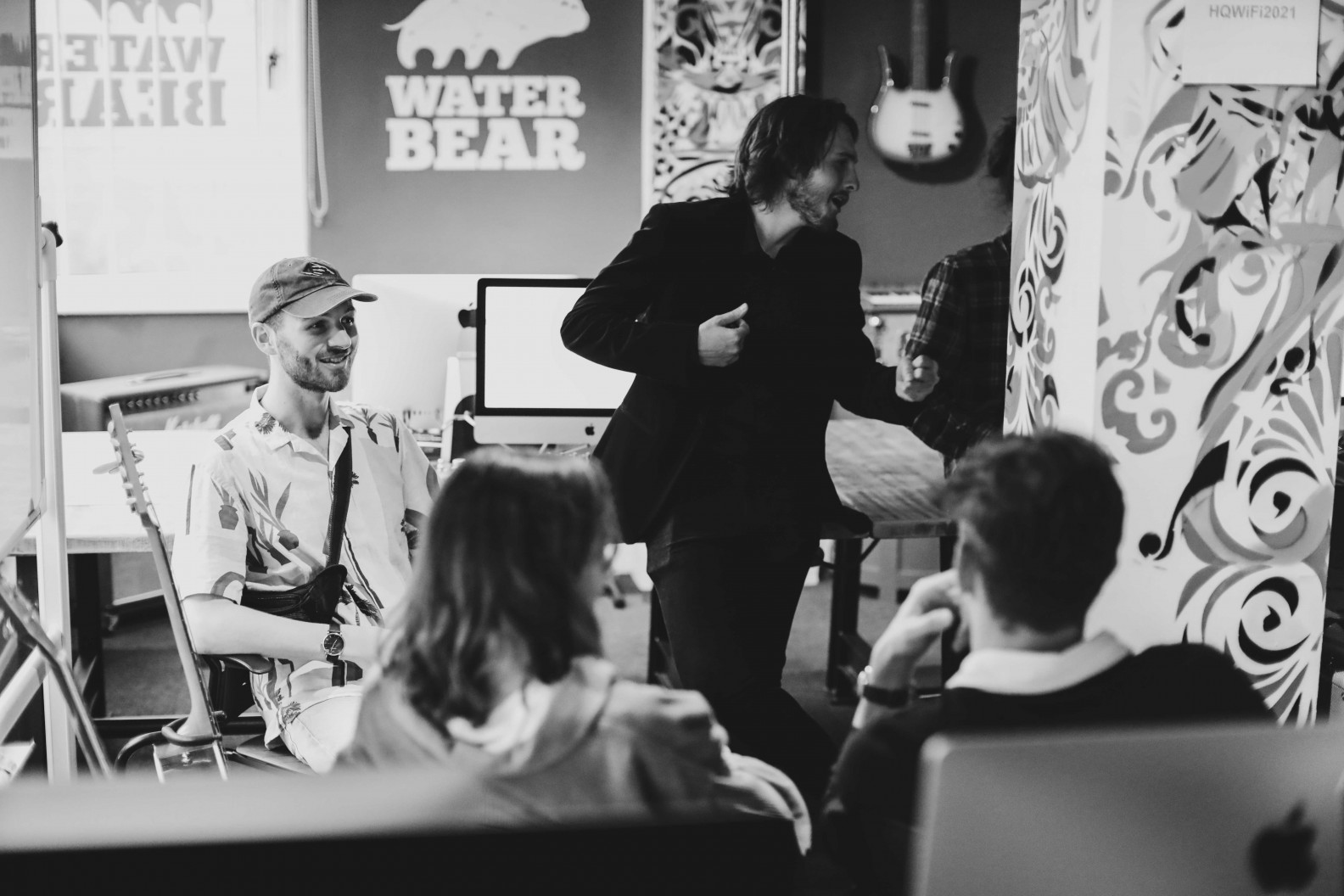 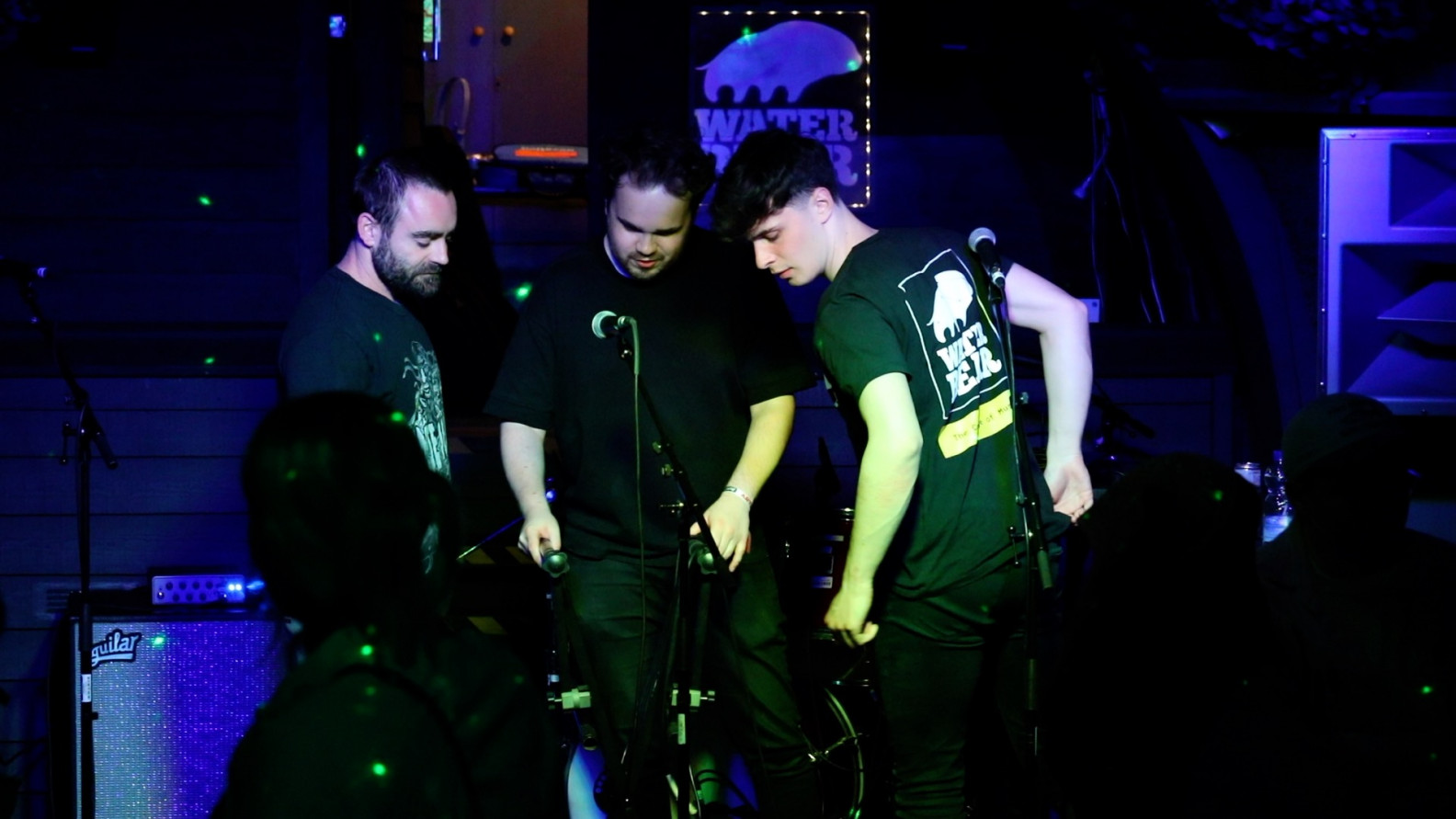 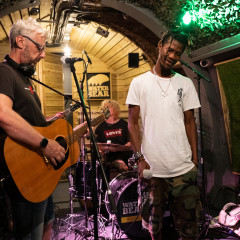 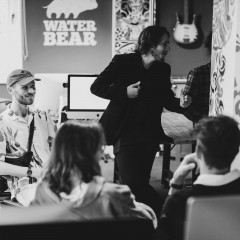 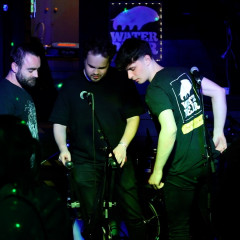 He has had 11 top forty hits and a number 1 album with Little Angels, and has toured with Bon Jovi, Bryan Adams, ZZ Top, Aerosmith, Van Halen, and opened for Guns N’ Roses on their first UK shows.

Bruce was a founder of the BIMM group of colleges, leaving in 2012 for the Little Angels reunion at Download Festival and UK tour.

For those who wish to take their band from a local level to a national level, I’m always banging on, saying without a plan, you’re just left with a pipe dream and this is too important to leave to chance. A lot of people have said to me 'yeah but what do you mean by a plan'. Especially, what can we do today to make that plan and how can we make sure it is realistic and achievable and that it actually works.

So, number 1. We’ve got to think about our motivation here because we are talking about professionalised music. I think a lot of creatives, not just musicians but all creatives; we can get ourselves tied in knots because we want to avoid thinking about money. I think there’s some subconsciousness thing going on where perhaps we think money is a little bit dirty, or there is some problem we have with it, and what that means is we just get on with the creative process. We think that by doing something immensely cool, the creative side will take care of the commercial side. What happens with a lot of us is we do something immensely cool - it’s out there and it looks amazing on Facebook, but it doesn’t actually make any money therefore it is not sustainable. If it’s not professionalised, and we’re not earning a living from it and it’s not got that sustainable thing to it – essentially, it’s just a hobby. What most of us want to do is have a lifetime in music and we want to be professional musicians.

Depending on your genre, you’ve got different types of audiences obviously. So, a pop artist might have legions of fans they might be interested in filling an arena - but also might be aware that those fans are a certain age and they will grow old and might move on to other things. Other artists are more niche, and you’re looking at smaller numbers of more dedicated fans; that whole super-fan idea. Both can work and what’s right for you as a musician depends entirely on your music and your situation. So, you’ve got to define your own vision of success; and let’s put that in a time scale. So where do you want to be in a year: where do you want to be 2 years, where do you want to be in 5 years. It gives you the bones of a plan; and on those bones of a plan we can then hang some structure. So, what does that mean in terms of audience: what does it mean in terms of gigs, live audience, in terms of the various platforms online, and what does it mean in terms of album sales or engagement on a particular track. You can afford to be quite specific - and more on that later. Park that over there - because that’s going to be a very important measure of your progress.

So, number two. The way you’re going to grow your audience which is our first consideration, and number two it’s about the quality of your material. So, you’ve got to set standards in how you develop as an artist. One of things you can do to put yourself ahead of the crowd, is just to accept that as a concept that it’s a lifelong journey to develop and grow as an artist. So many bands, and I’m talking about the majority, already think of themselves as a finished project. That therefore really stops them digging in and getting the full potential out of the band. It breaks my heart - because if you already think of yourself as the finished product, you’re kind of already over. The artistic journey is something that is really important, and your fans want to go with you on that journey.

But the trouble is this is a little bit subjective. In the old days in the heyday of the music industry when there was a lot of money sloshing around, there was an awful lot of gatekeepers for standards and quality. I’m talking about A&R men. I’m talking about radio, and I’m talking about producers; who would actually tell the band that this isn’t good enough we’ve got to work harder. Particularly in the area of song writing. Those gatekeepers don’t exist in the same way today, so it’s down to you as an artist to set standards in your material - perhaps your videos as well - your creative output. The songs and videos are to a degree subjective however, you can tell the stage you are at by the company that you keep. So, you should see your audience growing; but also, you should be picking up radio perhaps. You should be picking up press, and if this isn’t happening, and you’re not getting any traction; if the audience isn’t growing and you’re not getting press and radio, then something is wrong.

I would start by unpicking the artistic output, look at the songs first and foremost. Look at the lyrics and subject matter. Look at your audience, and try and be really objective. So, if you’re not getting traction there could be something in that song writing that just maybe it’s okay, maybe its good, maybe you can sing really well and the band can play really well, so you can make any old material sound really good. But you will hit that glass ceiling sooner or later. So maybe, to take the subjectivity out of it, you need to find some people who have had a lot of success and get their feedback back on your project - and get them to be honest. Get yourself to really monitor that progress: in terms of your song writing, your arrangement, the standard of your production, the vibe on the records, and then the quality of your video. Keep that quality going up.

Another area that we really want to set targets for and improve - is the live show, if that’s relevant to your genre of music. I’m talking about things you can really quantify, by how many people actually come through the door. How many areas around the country or countries that you can actually play? Where your strong parts are, where the weak areas are - and how you can develop that audience. This again is going to come back to your quality control on the live show. There’s a real opportunity here; because a lot of bands get to a certain level and then they’re happy with it. The really great bands take it up another level - and another level after that. So that’s a research job, and it’s about defining your own targets. Again, this is something we’re going to talk a lot of about - and try and take some of the subjectivity out. Talk about what is a great live show - what is a legendary live band? We’re going to take those standards - and we’re going to apply them to your project.

And my last point is this. All of this creative output, is going to be wrapped up in a sustainable model. Something that is fit for now and beyond. There is no point in us all getting a band of 5 or 6 people – getting in a splitter bus and touring in an entirely traditional way. The problem with that is the costs are so high. It’s five or six grand a week to tour like that. The gig fee is lower than that, and as you get more successful the costs increase faster than the gig fee - so you get penalised for success. We can’t afford to be too traditional here. We have to update ourselves. So, all of this is part of a sustainable model and if we design it correctly, it’ll make a few quid and we are on our way to having a lifetime career in music; and that’s what we want.

Building on the phenomenal success of its inaugural college in Brighton, the landmark music education college WaterBear, has unveiled plans for its second college opening.

WaterBear Sheffield, will open its doors in September 2023, providing an additional choice of location to independent artists and musician students keen to embrace WaterBear’s ethos of building a long term, sustainable career in the music industry.

Students wishing to find out more about the courses on offer at WaterBear Brighton or Sheffield or to enrol can visit:- 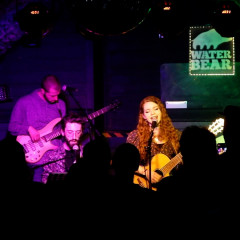 Pursuing a Music Career - The Importance of Setting Targets