Voice MagBlogsPulp are returning i…

On July 25, Pulp frontman Jarvis Cocker confirmed the band’s reunion for a couple of shows on a live Q&A hosted by The Guardian.

Based in Sheffield, England, Pulp became one of the most exponential bands of the 90s Britpop culture, sharing the spotlight with bands like Oasis, Blur, and Suede. The band was formed in 1978, but didn’t really succeed until 1994, with the release of their fourth studio album ‘His ‘n’ Hers’, reaching number 9 on UK charts. A year later, in 1995, the band released ‘Different Class’.

With four top ten singles - including ‘Common People’ and ‘Disco 2000’- and an incredible reception from both critics and the public, the album consolidated the band’s success at the height of the Britpop scene, reaching number one on UK charts. By the time, the band was already formed by its most stable line-up, consisting of Jarvis Cocker, Candida Doyle (keyboard), Russell Senior (guitar, violin), Mark Webber (guitar),Steve Mackey (bass) and Nick Banks (drums).

By 1998, the band released ‘This is Hardcore’, their sixth studio album. The album's success placed Pulp on top of the charts and earned them their third nomination to the Mercury Prize. With over 100.000 sales, the album was certified gold by the British Phonographic Industry in the same year of its release.

After the release of their seventh studio album, ‘We Love Life’ in 2001, the band went on a hiatus period. After some time, by 2010, Pulp announced their reunion for a couple of shows taking place in 2011, including a special appearance on that year’s edition of Glastonbury Festival.

What exactly do you do for an encore?

It took a 15-second video and one question to tease about a possible reunion. On July 21, Cocker posted a short video on Instagram that raised expectations across fans worldwide. The video featured the sound of an applauding crowd on a live show. But the biggest hint for a reunion was the question ‘What exactly do you do for an encore?’, which was taken from the very last line of the song ‘This is Hardcore’ (the homonymous album will see its 25th anniversary next year).

The song's last lines say: ‘Oh, what a hell of a show / But what I want to know / What exactly do you do for an encore?’. Soon, the post’s comments section was bursting with Pulp fans wanting to know more about the ‘cryptic’ video - as Cocker described it - although the answer remained a bit obvious and yet very exciting.

On July 25, during a live Q&A hosted by The Guardian, Jarvis Cocker discussed his new book ‘Good Pop Bad Pop’ with author Michael Bracewell at King’s Palace. Eventually, when asked about his post, he confirmed what the public had been waiting for since the release of the band’s last single in 2012: ‘Next year Pulp are going to play some concerts!’.

Although there haven’t been any date releases of upcoming shows yet, a Pulp reunion is certainly happening next year - great news for Britpop fans! 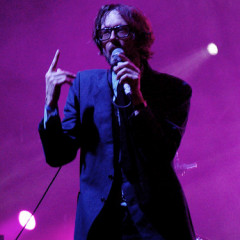 On July 25, Pulp frontman Jarvis Cocker confirmed the band’s reunion for a couple of shows on a live Q&A hosted by The Guardian.