Menstrual leave has been implemented in some workplaces, meaning women can take time off work during their period.

Menstruation is a common aspect of female or non-binary life, yet the pain experienced by many is deemed normal. Many suffer through it rather than take the time to rest, as you would with any other illness. At work, individuals are expected to carry on as normal, despite experiencing debilitating levels of pain that can be both mental and physical. People may need time off work for cramps or conditions such as endometriosis or PMDD (premenstrual dysphoric disorder), a severe form of PMS that can be brought on by trauma or genetics. Symptoms are also likened to pregnancy, showing how difficult periods are each month regardless of how people experience them. However, the concept of menstrual leave may mean this pain is finally taken seriously.

Menstrual leave would allow those who experience painful menstrual or menopause symptoms to have time off work, just like any other illness. In the USA, for example, this could manifest into options for remote work and a set number of paid-leave days every year, on top of federally mandated paid vacation or sick leave. Not only will this give people the time to focus on their health, but it will hopefully lead to a larger conversation about the effects of menstruation. However, others have argued that menstrual leave furthers the gender gap and ostracises women.

Historical instances of menstrual leave illustrate this point. The Soviet Union introduced a national policy in 1922 which allowed women to have time off work for their periods. It was implemented in some factories but only lasted five years. The women themselves asked for it to end because it worked against them rather than for them, employers favouring male staff because they were seen as more reliable.

Japan also implemented menstrual leave in 1947. However, uptake was low, which shows simply having a policy is not the only important factor, but having a culture that supports people to take this time off as well. Suppose women still feel as if they will be discriminated against for taking leave. In that case, menstrual leave can only be successful in workplaces where employers are knowledgeable and sensitive to these issues.

Australia has probably the most progressive example of menstrual leave, even if it is a business-centric approach. Due to the pandemic, the labour market has contracted, meaning businesses are looking for ways to retain their talent. Menstrual leave is a job perk rather than a right but has helped to ensure loyalty from workers to their employers.

Menstrual leave should not just be for business reasons, however. Protecting an individual’s health should be the main reason leave is established. Some may doubt the pain experienced by some during their cycle, especially mentally. PMDD (premenstrual dysphoric disorder) reveals just how bad it can be. Statistics suggest that 1 in 20 women suffer from PMDD, however, most won’t know they have it or ever receive a diagnosis.

There is a frightening list of effects PMDD has including anxiety, suicidal tendencies, increased anger and conflict, sleep disturbances and many more. This quote from Mind sums up how frightening PMDD can be as a condition.

"The best way to describe it is that, once a month, I pressed my own self-destruct button and literally let my (normally very happy and satisfying) life implode around me. Then when the dark thoughts lifted and cleared, I spent the next 2 weeks trying to pick up the pieces."

Many with PMDD or those who experience similar symptoms, will suppress their emotions to carry on working. This could be due to a wider toxic ‘hustle culture’; however some won’t discuss their pains because they are worried they will be perceived as less able to perform their job role.

So how can menstrual leave help solve these problems?

First and foremost, if people are not forced to work when they are in agonising pain, it will benefit their overall health and contribute towards them feeling happier in their workplace. Furthermore, it builds up trust between employers and employees. If you feel your health is valued, people are more likely to stay loyal to a company and enhance their productivity. It can also have a long-term positive impact on mental health. Knowing you can take time off because of your period normalises listening to your body rather than powering through the pain, which only worsens your health in the long term.

This is the ideal situation, however. Menstrual leave cannot solve all issues women, trans women or those who identify as non-binary find in the workplace. Even if it was enforced on a national level in the UK, experiences of leave would still depend on your employer. For example, in a male-dominated workplace, potentially where a misogynistic attitude remains and thus a lack of understanding about menstruation, workers may be too intimidated to ask for leave.

Menstrual leave would be hugely beneficial to those who suffer every month. Ultimately, however, the culture around work has to change for menstrual leave to be successful. We live in a society where hyper-productivity is valued, and in order to be successful, you have to work through the pain. Unless we start being kinder and more understanding of the impact of physical and mental illness on an individual's ability to work, menstrual leave won’t alleviate the issues individuals face in the workplace.

In some instances, workers are disposable, sparking a genuine fear that if you start taking time off for menstrual leave, they will be replaced by those willing to work through their pain. This is why it is essential that our culture around work changes! Education is needed from a younger age about the impact of menstruation on both physical and mental health –  men in particular need to be educated on this. Only when we start reshaping our culture and understanding of menstruation will policies such as menstrual leave finally give individuals the relief they deserve. 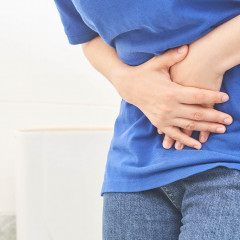 Should menstrual leave become a permanent feature in the workplace?

Menstrual leave has been implemented in some workplaces, meaning women can take time off work during their period.