Quick-Time-Events (QTEs) have to be one of the most maligned mechanics in all of gaming; so much so it has sprouted not one but many, many memes entirely dedicated to ridiculing them. You have almost certainly seen Call Duty: Advanced Warfare’s infamous “press f to pay respects” meme circulate the internet; so ubiquitous has it become it has almost become synonymous with expressing sympathy (ironically/sarcastically or otherwise) with someone online. A more general example of QTE memeage almost serves as a laconic critique of QTEs as a game mechanic in general: “Press x to not die”.

Fundamentally, after all, that is what a QTE is in general terms: the player is presented with a sequence of controller inputs that they must do correctly and usually within a time limit or face some consequence, usually a game-over state.

Whilst the more cynical might say that this is ultimately what most whole games amount to, I think most gamers would say that one of the most attractive elements of the medium is a feeling — if often only an illusion — of agency in the story unfolding in the game-world. Even in non-narrative-focussed games, the appeal of a game is often in that the player has some impact on the way things unfold: the strategies used in an RTS, the tactics and reflexes being tested in an FPS, the creativity on display in a sandbox. This, I think, is what galls the majority about QTEs; it is a simplification of game mechanics to their most boring, disengaging essentials (press button to do thing and win) and strips all complexity and agency away from the player.

What’s more, with the nature of the button-prompts often requiring arduous controller actions (button-mashing for example) which can be physically uncomfortable to able-bodied players, QTEs present enormous barriers-to-play for gaming’s disabled communities.

The disabled community within gaming is a proud and exceptionally talented group, and the ways in which barriers to play have been overcome by such individuals is truly staggering; from Rebecca Claridge who plays World of Warships while blind by giving strategic directions to one or two helpers at the controls (not dissimilar to someone actually commanding a battleship!), to Rocky Stoutenburgh (aka. RockyNoHands), a quadriplegic streamer who plays FPSs using only mouth-controls.

However, QTEs present a problem for such players, not insomuch that it would be impossible to remap controls in a way that might make the QTE playable (if very inconvenient to set up, especially if the necessary setup conflicted with standard game controls), or using a helper or other mechanisms to circumvent mechanical limitations. The issue is that it presents gameplay that would require an enormous amount of effort to adapt for, and that is just fundamentally not very fun to play.

This necessarily poses a question to game designers then: if QTEs are seemingly universally reviled and they present a serious accessibility issue for your games — why are they there at all?

According to Tim Rogers of Gamasutra, writing all the way back in 2011 when perhaps QTEs’ reputation was not so tarnished, this largely stems from a designer’s desire for spectacle and, ironically perhaps, player-empowerment.

QTEs are a powerful game mechanic in that they offer developers the opportunity to show the player something really cool.

He notes that the QTE was popularised by the legendary Shenmue of 1999, and comes to praise their implementation in 2007’s Stranglehold; particularly the way the QTEs in that game allow the action to align with the character, story, and game controls to Rogers it “shows that QTEs can be part of a game and not be sudden, intrusive, demanding situations.”.

That certainly seems to indicate what QTEs are trying to be; sequences that can form part of the climax of the action and can achieve a level of engagement that the standard mechanics couldn’t.

A critique you could bring to this argument is that QTEs are simply outdated; since videogames have advanced so much technologically, it is possible to create enormous and richly detailed environments that already plunge you into a world, and game mechanics with such good response that it already feels incredibly immersive to simply play the game as you do 90% of the time without having to cut to a section with completely different rules for a story-moment or to do “something cool”.

However, even in the giddy heights of technological advancement there are some things that just can’t be done in regular play which become possible in a QTE. One of the most gruesome examples I can think of is in God of War 3 where the player is prompted to finish off Poseidon using the prompt L3 + R3 on the thumb-sticks, which produces a move that… Well Game of Thrones watchers/readers might recognise it as the same infamous move from the Oberyn vs The Mountain fight — the player uses their thumbs, the character uses their thumbs, the whole affair becomes rather gory. The controller action mimics the in-game action, the barrier between player action and character action becomes gruesomely hazy.

Effective though it is, that direct mimicry isn’t the only method a game has available to it to achieve the same effect. Undertale is a masterclass in using established game mechanics (and indeed tropes) in unorthodox ways to immerse the reader into its world. Simple subversions such as using established RPG acronyms like EXP to mean EXecution Points rather than the standard EXperience Points, or even allowing one of the bosses to attack you within one of the game menus when it isn’t “their turn” of the turn-based combat, are both good examples, but the list of ways Undertale does this is exhaustive.

This brings us to The Last of Us Part II, a game I and many others have a great deal of issues with. However, I’ve written on that subject before, and here I want to focus on one area in which this game deserves nothing but unreserved, unbridled praise, and that is the way it has brought forward accessibility options in the gaming industry.

As has been widely reported, TLOU2 has been lauded as “the most accessible game ever”. The way it does this is with a truly remarkable 60+ accessibility options available to the player. From high-contrast colour schemes to more easily recognise friend and foe, to directional markers on subtitles to indicate where sounds originate from in the game-world, TLOU2 goes to truly extraordinary lengths to make itself as open to as many different players with different physical capabilities as possible. One of these options is the ability to remove button-mashing entirely, and in so doing removes in one stroke one of the biggest gripes about QTEs amongst impaired and unimpaired gamers alike, whilst allowing those that like the tension that panickedly pressing buttons can elicit the option to still button-mash away to their heart’s content. This is accessibility-through-in-game-customisation, and its influence already seems to be making waves within the industry, with Psychonauts 2 and upcoming team-zombie-shooter Back for Blood already boasting a respectable roster of accessibility options.

Does this mean that TLOU2 handles QTEs better than other games from a game-design standpoint? Not necessarily; it still falls back on the “make the final boss a QTE battle” trope which, to many, felt very lacklustre — especially since its predecessor had shown how effective a final fight could be without them. It never does anything like God of War that made it feel like the immersion was being increased by allowing the player to work beyond the bounds of the regular mechanics. However, its use of QTEs elsewhere were mostly ok and in a few places do effectively help ramp up the sense of desperation and tension.

But, now that QTEs and their use has been identified as such a problem from both a gameplay and accessibility standpoint, and in the knowledge that they have — once in a blue moon perhaps — been used in a manner that was truly effective, perhaps we are finally on our way to seeing a use of QTEs, enhanced by a suitable range of accessibility options, that can enhance our gaming experiences again, rather than just constitute an obnoxious brick wall to butt your head against before you can return to the fun of, well, playing the game. 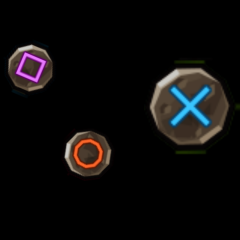